Action against hoarders and black-marketeers has been stepped up and the state governments have seized over 5,800 tonnes of pulses in five states over the last few months, an official statement said on Tuesday

The measures are mainly aimed at boosting supply and bringing down prices of tur dal that have shot up to Rs.200 per kg.

Cabinet Secretary P.K. Sinha on Tuesday reviewed the prices, production, procurement and availability of pulses in a meeting with secretaries of consumer affairs, agriculture, commerce and other ministries, said the consumer affairs ministry statement.

The meeting also reviewed the action taken by state governments to prevent hoarding of pulses, besides discussing about progress of sale of imported pulses at subsidised rates in Delhi and other states.

Stating that the central government is closely monitoring the steps being taken against hoarders by state governments, the statement said: “All these measures are expected to improve supply of pulses and moderate prices.”

“400 outlets of #Safal and 100 outlets of #KendriyaBhandar in #Delhi/NCR have started selling #ToorDal at Rs. 120 per kg,” he tweeted.

“#States are also carrying out surprise inspections and raids to enforce #stock limits. Quantities have been seized in some states like #MadhyaPradesh, #Karnataka, #AndhraPradesh, #Telangana etc,” he said in a series of tweets.

Retail Tur dal prices have shot up to Rs. 200 per kg despite the government’s steps to boost supply and check prices, aggravating consumers’ woes. Till last week, it was available at Rs. 185 per kg in the retail market. 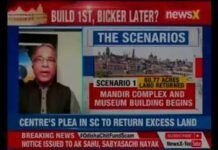 Acquiring land for Ram Mandir – Is BJP fulfilling its election promise or is it a political move? 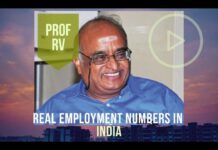 Prof RV on The truth behind the employment numbers

India to align itself with Africa’s Agenda 2063