[dropcap color=”#008040″ boxed=”yes” boxed_radius=”8px” class=”” id=””]A[/dropcap] soldier shot dead four of his relatives, including a minor, in a village in Punjab’s Sangrur district on Tuesday before police surrounded him and shot him dead after he refused to surrender, police said. Jagdeep Singh used a 12-bore double-barrel gun to kill two of his aunts, Labh Kaur and Karnail Kaur, his sister-in-law Gurpreet Kaur and minor Harmandeep Singh.

The killings, police said, were linked to a dispute within the family over property. Police sources said that the soldier could be drunk when he carried out the killings.

After killing his relatives, he went to the roof of his house. Village residents informed police who surrounded the house and asked him to surrender. However, he fired at the police party which returned the fire, killing him.

Some other villagers were also injured in the firing by the soldier.

Jagdeep Singh, posted in Jammu and Kashmir, was on long leave and had come to his village, 160 km from here. 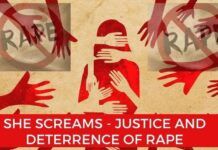 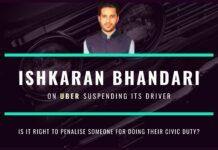 How long will J & K Governor wait for PDP-BJP to...