Air India is a great ‘asset’ that nobody is interested in keeping: the government wants to sell it, while nobody in the market wants to buy it, as evident from the zero response to its proposed sale.

Politicians of all persuasions routinely and glibly use terms like ‘national asset’ and ‘national pride’ for Air India. It is another matter that AI is a great ‘asset’ that nobody is interested in keeping: the government wants to sell it, while nobody in the market wants to buy it, as evident from the zero response to its proposed sale. Perhaps, it is time the esoteric terms ‘nation’ and ‘national’ were scrutinized.

The taxpayer is also the nation, but he is the flip side of the coin, the coin that is the currency of our political economy.

We need not go into the definitions and theories propounded by various political philosophers about nation, for in our context that is irrelevant; what is relevant here is who runs the so-called national carrier and who bears the burden.

On the face of it, AI came under the control of the nation after its nationalization; it was no longer the property of blood-sucking capitalists who, the folklore goes, are the bane of mankind. Now it was owned by the nation.

Evidently, national control doesn’t mean that crores of people of India take decisions about the fate of the airline. We are an indirect democracy, and in an indirect democracy, people rule themselves through the elected representatives. So, the folks who run AI and other public sector undertakings (PSUs) are people’s representatives. What romance!

And the reality? In practice, national control boils down to the wishes of politicians, to the folks like Praful Patel, the guy who as civil aviation minister messed up with the airline so badly that even after seven years of his demitting office and the exchequer paying thousands of crores, Air India remains in the ICU, kept alive by the ventilator (money) provided by the taxpayer. A year ago, the Central Bureau of Investigation (CBI) filed three first information reports on the decisions taken by the civil aviation ministry when Patel headed it. These decisions pertained to the purchase and leasing of many aircraft and the surrender of profit-making routes.

Typically, when big politicians are accused of corruption, the law takes a long course; in Patel’s case, it certainly has. One is not sure if the course will ever complete, for Patel has friends, cutting across party lines, in the quarters that matter. An illustration: The launch function of his book last year was attended by the rich and the powerful, including Reliance chairman Mukesh Ambani, Maharashtra Chief Minister Devendra Fadnavis, Shiv Sena boss Uddhav Thackrey, Amitabh Bachchan, and filmmaker Karan Johar.

There are also the folks who don’t matter—taxpayers, for example. The taxpayer is also the nation, but he is the flip side of the coin, the coin that is the currency of our political economy.

The politician is on the obverse side. He takes bad decisions, hurts the economy, indulges in corruption; the taxpayer bears the burden. This is the unvarnished truth about the nation we live in; the rest is hogwash and folly.

There is no end to hogwash and folly. The Narendra Modi government can be rightly accused of not treading the path of economic reforms and cleaning up the Augean stables, but it is the entire political class that should share the culpability. Would the Congress and other parties support, or at least not oppose, any liberalizing move? Would they keep quiet if public sector banks, Air India, and other PSUs are privatized or shut down? Would they allow labor reforms, which dampen the enthusiasm of prospective investors? The answer to all these questions is a big ‘no.’

The situation now is clear: Air India will continue to bleed the exchequer, filling which the taxpayer will keep shelling out more to pay for petrol.

Worse, public discourse too is not favorably disposed towards bold reforms; the public sector is still glorified as equivalent to ‘family silver’; selling it is regarded as blasphemous. Unsurprisingly, PSUs are regarded as holy cows that can neither be sold nor slaughtered.

So, even after it decided to privatize AI, the government remained diffident, conflicted, and confused. To begin with, the decision came after all possible options to revive the airline as a public sector entity failed. It was the economic compulsion, rather than philosophical conviction in small government, that led to the decision in the first place. The lack of conviction resulted in unrealistic sale conditions. For instance, the government insisted on keeping 24 percent stake in the privatized entity. Further, it wanted the brand name to be continued.

As it is, the airline is debt-ridden. Then there is a highly unionized workforce. Besides, not many in the Sangh Parivar are favorably disposed towards privatization.

So, the situation now is clear: Air India will continue to bleed the exchequer, filling which the taxpayer will keep shelling out more to pay for petrol. There won’t be money to buy good helmets and bullet-proof jackets for our soldiers. Meanwhile, our political masters will keep glorifying Air India as a national asset and national pride. 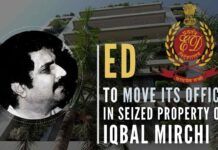 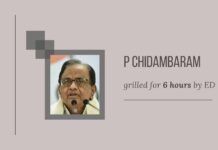 ED grills Chidambaram on 111 aircraft purchase at a high rate for Air India. Kickback money believed to be 20% in Rs.70,000 crore deal Is Prashant Kishor right that Modi can be defeated in 2024?