Warren Buffett and Charles Munger recognized that American Express (AmEx) Co.’s company model is under threat while affirming their decision to hold onto the credit-card lender’s stock at their Berkshire Hathaway Inc.

“Anybody in payments who’s an established long time player with an old procedure has more danger than used to exist,” Munger, Berkshire’s 92-year-old vice chairman, said at the firm’s annual shareholders meeting in Omaha, Nebraska. “ There fluidity.”

Berkshire owns more than 150 million shares of AmEx, and gains on that holding have narrowed, with the credit-card business dropping 25 percent in 2015 and another 5.9 percent this year through Friday.

“I’m happy to possess it, and I personally feel okay about American Express,” Buffett, the 85-year old chairman, said at the meeting Saturday. The firm’s standing in the sector “has been under attack for decades — more intensively recently — and it is going to continue to be under attack. It’s too big a business and too interesting a business.”

However, AmEx has rebounded in February from its lows and gained further after first quarter earnings beat analysts’ estimates as customer card spending increased. Chief Executive Officer Ken Chenault has reshaped operations at the New York-based company and vowed to trim $1 billion in costs by the end of 2017 to boost profitability.

Munger said that long-term investors don’t desire to race into changes every time a firm in the stock portfolio loses a bit of its edge. Buffett said one key is for investors to be alert about game-altering developments.

Does this mean that Buffett and Munger don’t think ApplePay and Amazon Payments pose much of a threat? Isn’t shaking a smartphone near a payment terminal easier than taking a card out of your pocket and giving it to the cashier to swipe it easier? Will they be proved right? Only time will tell. 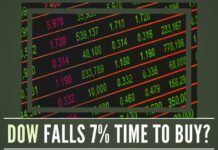 Buffett says that America is fine despite what some think

You can do better than this, Dr. Roy