[dropcap color=”#008040″ boxed=”yes” boxed_radius=”8px” class=”” id=””]T[/dropcap]he army gunned three militants who stormed an army camp in Jammu and Kashmir’s border town of Tangdhar sector of Kupwara on Wednesday and killed a civial engaged by the army for operating the generator set. The army has eliminated three militants in the gunfight recovered three AK rifles from the site”, Lt. Col. NN Joshi, Defence Ministry spokesman said, adding the operation was in progress to “fully sanitize the area”.
“The terrorists had tried to sneak into an Army Camp in the early hours firing indiscriminately. They were effectively intercepted by the Army’s Quick Reaction Teams which hemmed the terrorists in a cordon, thus preventing their escape. In the ensuing gun fight, three terrorists were killed”, Joshi said.
Earlier reports had said that a soldier was killed in the operation. But it has now been denied by the army.

Militants stormed an army camp in Jammu and Kashmir’s border town of Tangdhar sector of Kupwara on Wednesday and gunned down an army soldier in a continuing encounter.
“Gunfire started on Wednesday inside Gorkha Rifles camp in Tangdhar town of Kupwara district after militants attacked the camp,” a senior police official told IANS.
The Tangdhar sector is located along the Line of Control with Pakistan. In the gunfire, several barracks in the army camp were n gutted after an oil dump caught fire during the encounter.
Kupwara senior Superintendent of Police (SSP) Ajaz Ahmad said it was a fidayeen (suicide) attack. “First there was an explosion inside the camp, followed by heavy firing at the camp. After the explosion fire broke out in one portion of the camp. Two to three fidayeen have entered into the camp,” he said.
Reports said that at around 7 AM three blasts reportedly took place in dump of 3/1 Gorkha Rifles (104 Infantry Brigade in Karnah sector (Tangdhar) after sounds of firing. The blast led to huge fire and smokes billowed in the air.
The area of attack is about 350 metres away from location of 38 Battalion of Border Security Force towards the Tangdhar town. “There was a standoff fire from Kalsuri Ridge (in Tangdhar sector) towards an army camp this morning,” an army official said.
The official said the terrorists were heavily armed as they used small fire arms and UBGLs to carry out the attack.
Tangdhar sector is close to the LoC in Kupwara district and has been regularly used as an infiltration route by the Pak militants. 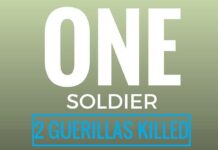 One reason why RaGa is still a bachelor