We felt it necessary to factually report the chronology of events that have so far transpired in the complaint that Dr. Subrmanian Swamy filed to the Speaker of Lok Sabha on November 17th.
Responding to a tweet by @chitraSD, Dr. Subramanian Swamy re-tweeted on November 23rd that he has filed a complaint with the Speaker of Lok Sabha on Rahul Gandhi’s stated British Citizenship in Companies House documents of United Kingdom, as reported on November 22nd.

On the 18th of November, sitting Delhi East MP Maheish Girri also gave a similar complaint to initiate a probe by first seeking explanation from Rahul Gandhi and then referring the matter to Ethics Committee if needed.
Dr. Swamy further clarified in another tweet that he did not file a plea in the Supreme Court, requesting a CBI inquiry. Just as he predicted, Supreme Court refused to hear the petition. This was made into a news item as if the case was dismissed. On November 19th, a Tamil TV channel falsely claimed that the Parliamentary Ethics Committee had rejected the allegations of Rahul Gandhi’s nationality.
The Ethics Committee of Lok Sabha is headed by Shri. L K Advani.
Dr. Swamy, in his Press Conference of May 21st said that there were 2 violations of Indian Constitution by Rahul Gandhi. Congress has been trying to obfuscate the issue by claiming that Rahul Gandhi had declared about Backops in his 2004 filing, failing conveniently to mention that what Rahul Gandhi has disclosed was an Indian company, with the same name Backops registered in New Delhi, he said. There are at least 6 proceedings that could result from these disclosures, he added. 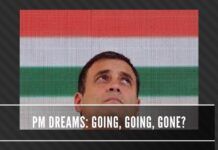 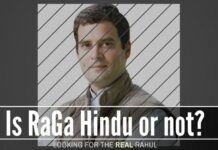 Who is Rahul Gandhi? Hindu or Catholic? Indian or British? Who is Raul Vinci who operated Barclays Bank account?