[dropcap color=”#008040″ boxed=”yes” boxed_radius=”8px” class=”” id=””]T[/dropcap]he just concluded visit to the US by Pakistan Army chief Raheel Sharif has been watched with interest and concern by Indian policymakers, and viewed in Pakistan as carrying more weight than the trip by Prime Minister Nawaz Sharif three weeks earlier.
The message is clear. Raheel Sharif has comprehensively pushed out Nawaz Sharif, who took power in 2013, from the position of Pakistan’s actual ruler. India has reasons to be uncomfortable as Raheel is known to be a hawk. He had lost an elder brother in the India-Pakistan war of 1971 and he often mentions it while discussing Indo-Pakistan security scenario.
It goes without saying that Nawaz Sharif is suffocating and is trying to break away from the army yoke. This is how he and his Indian counterpart Narendra Modi at Ufa in Russia issued a joint statement which did not mention the Kashmir issue but expressed its resolve to fight terrorism and bring to book those involved in the Mumbai terror attack.
[dropcap color=”#008040″ boxed=”yes” boxed_radius=”8px” class=”” id=””]I[/dropcap]t is now a bit of a war of nerves between the army and the civil administration in which the former is predominating. Raheel Sharif went to the US uninvited but almost all the top officials of the US administration met him. On the other hand, the army too had to swallow a bitter pill when a blanket ban was imposed on the media coverage of Jamaat-ud-Dawah, an arm of the Lashkar-e-Taiba, a terrorist organization which is being allegedly patronized by the army.
Observers however point out that the army acquiesced in the ban as its eyes are now fixed on a probable $360 billion US military aid and possibility of a civil nuclear deal with the US.
Nawaz Sharif started losing his grip on the country and the administration since last year when the opposition parties staged massive demonstrations against him alleging electoral malpractices. Javed Hashmi, a former president of the Pakistan Tehrik-e-Insaf, spilled the beans some time back disclosing that Ahmed Shuja Pasha, a former director general of the ISI, had used Imran Khan for organizing countrywide demonstrations against Nawaz Sharif. The army stepped in at a convenient time, assured the Nawaz government about its continuity but extracted its pound of flesh as the prime minister had to cede de facto control of the country’s defence and foreign affairs to the army.
[dropcap color=”#008040″ boxed=”yes” boxed_radius=”8px” class=”” id=””]T[/dropcap]herefore it was only natural that Sartaz Aziz, a close confidant of Nawaz Sharif would lose his position as the National Security Advisor. The new incumbent Naseer Khan Januja, a retired Lieutenant General of the army for whose appointment Raheel was pressing for a long time, is a known hawk. His appointment does not augur well for Indo-Pakistan relations. He is the formulator of Azm-e-Nau, a Pakistani military exercise aimed to take on India in the battlefield.
“There is god in the sky and on the ground: there is Raheel Sharif”, a small businessman in Karachi recently expressed himself this way in an interview to the Wall Street Journal. True, the army has brought back a semblance of order in Karachi, Pakistan’s most trouble torn city, by its National Action Plan (NAP) or armed operations against drug mafias and terrorists.
But it means that Nawaz Sharif has actually surrendered normal governmental functions to the army. By creating Provincial Apex Committees, his brainchild in the NAP, Raheel Sharif has virtually eliminated political parties in Pakistan more than he has been able to eliminate terrorism. The apex committees consist of local politicians, the army commander and ISI representatives. But politicians have virtually no say in the committees.
[dropcap color=”#008040″ boxed=”yes” boxed_radius=”8px” class=”” id=””]T[/dropcap]he army has prevented Nawaz Sharif from honouring any of the three most important promises he had made before election: beginning of a peace process with the Taliban, bringing Pervez Musharraf to book for his alleged illegal acts and normalisation of relations with India. But by unilaterally launching military operations in North Waziristan without governmental or parliamentary approval, Raheel Sharif stymied the first one while the other two have also been given quiet burials.
Kamran Khan, a leading Pakistani journalist, thinks “there is a growing public demand for General Sharif to be given a second term after November 2016.”
Raheel too is enjoying the scenario. In a smug way he describes himself as a ‘soldier-statesman’ and avers that lack of good governance in Pakistan has forced him to take the role of a new messiah. Dealing with Pak – Without firing a single bullet 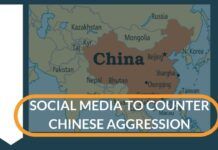