Molnupiravir can be a game-changer in stopping Covid transmission

Molnupiravir — produced by US pharmaceutical company Merck — is being heralded as a potential pandemic game-changer, especially for those unable to get vaccinated.

Rachel Cohen, the North American executive director at non-profit Drugs for Neglected Diseases Initiative said, “Molnupiravir really does have the potential to change the game a bit.”

Countries in the Asia Pacific are rushing to place orders for the latest weapon against COVID-19. But this antiviral pill that isn’t even authorized for use yet, reports CNN

At least eight countries or territories in the Asia-Pacific region have signed deals or are in talks to procure the drug, according to analytics company Airfinity, including New Zealand, Australia, and South Korea. All of these countries were relatively slow to start their vaccine programs, the report said.

Experts say despite the pill looking promising, vaccines offer the best protection. They worry some people may use it as an alternative to vaccines.

They have cautioned that Asia’s race to stock up on the pill could see a repeat of the vaccine grab last year when wealthier countries were accused of hoarding doses as lower-income countries missed out, the report said.

“We need to make sure that we don’t repeat history — that we don’t fall into the same patterns or repeat the same mistakes that we saw for Covid vaccines.”

According to Airfinity data, 10 countries or territories are in negotiations or have signed deals for the pill — and eight of them are in Asia-Pacific.

Some of those countries may be trying to avoid mistakes of the past when slow orders led to delayed vaccine rollouts, the report said.

“There’s a few middle-income countries in there that I think are just trying not to fall into the same trap that they were left in when high-income countries hoarded all the vaccines,” Cohen said.

More tools and treatments are urgently needed to fight the COVID-19 pandemic, which has become a leading cause of death and continues to profoundly affect patients, families, and societies and strain health care systems all around the world. With these compelling results, countries are optimistic that Molnupiravir can become an important medicine as part of the global effort to fight the pandemic.

It’s not clear how much each of these countries will pay for the pills.

Merck did not confirm whether those estimates were accurate, although, in a statement to CNN, the company said the calculations don’t take into account research and development.

“We have not yet established a price for Molnupiravir because it has not been approved for use,” the company said. “We have an advance purchase agreement with the US government and that price is specific to a substantial volume of Molnupiravir and does not represent a list price for the US or any other country.”

As part of its commitment to widespread global access, Merck previously announced that the company has entered into non-exclusive voluntary licensing agreements for Molnupiravir with established generic manufacturers to accelerate the availability of Molnupiravir in more than 100 low- and middle-income countries (LMICs) following approvals or emergency authorization by local regulatory agencies. 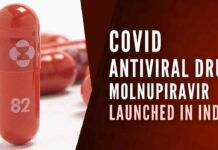 The LAC situation appears to be 1962 playing all over again,...