Ayodhya is all set for the Bhumi Puja of Ram Mandir on August 5, where billions of Hindus across the world are waiting. Invites have been sent to some 175 people for the elaborate “Bhumi Pujan” with five people in the stage – Prime Minister Narendra Modi, Rashtriya Swayamsevak Sangh (RSS) chief Mohan Bhagwat, Uttar Pradesh Governor Anandiben Patel, Chief Minister Yogi Adityanath and Mandir Trust head Mahant Nritya Gopaldas. Soil from 2000 sacred places, water from 100 holy rivers will be used for the Bhumi Puja of Ram Mandir in the presence of saints from 135 spiritual traditions.

The Trust invited Iqbal Ansari, one of the Muslim litigants in the Ayodhya case. “It is Lord Ram’s wish,” he was quoted as saying. Padma Shri recipient Mohammad Sharif, honoured for cremating over 10,000 unclaimed bodies, has also been invited. The mega function will miss some of the key faces of the Ram temple campaign in the BJP – LK Advani, Murli Manohar Joshi, and Uma Bharti. Advani and Joshi, both invited on the phone, will reportedly join the event virtually to observe coronavirus precautions. Uma Bharti said she would, for the safety of the PM and other guests, stay away from the event and visit the site after everyone was gone.

Prime Minister Modi is expected to establish a 40 kg silver brick for the symbolic start of the construction of a Ram Temple that has been central to the BJP’s core agenda and election promises for decades.

Detailing the Bhumi Pujan, the Trust made a series of Tweets:

175 eminent guests have been invited for the Bhumi Pujan of Shri Ram Janmbhoomi Mandir. 135 Pujya Sants belonging to 135 spiritual traditions will be present in the programme. Some eminent citizens of Ayodhya have also been invited.

Trust Secretary Champat Rai said the invitees were finalized only after they RSVP-ed on phone calls. “We have the COVID situation, that’s why we have kept social distancing in mind. We have personally called and apologized to many people. Age is a factor too. How will Advani Ji (91) come at his age? So we have carefully prepared a list around these compulsions,” he said. On inviting the Muslim litigant, Mr. Rai said: “Celebrating an event does not mean someone else should feel bad. No one should be teased.”

Prime Minister Modi is expected to establish a 40 kg silver brick for the symbolic start of the construction of a Ram Temple that has been central to the BJP’s core agenda and election promises for decades. Three prominent scholars of Astrology and Vyakaran left for Ayodhya from Kashi on Monday to participate and supervise in the rituals of the ‘Bhumi Puja’, the foundation-stone laying ceremony of the grand Ram Temple. The scholars are office bearers of the Kashi Vidwat Parishad, an organization of intellectuals and scholars of Veda, Astrology, Paninian, Sanskrit Grammar, and Indian philosophy. The organization represents Kashi.

Three scholars including the Parishad’s vice-president Prof Ramchandra Pandey, member Prof Vinay Kumar Pandey, and Prof Ramnarayan Dwivedi, the Parishad’s convener have left for Ayodhya. The scholars carried a pair of gold Sheshnag, male and female serpentine, Chandan from Baba Kashi Vishwanath Temple, a tortoise of silver to Ayodhya, and five paans of silver. These will be used during the rituals. Prof Ramchandra Pandey, a noted Astrology scholar, is a former dean of the faculty of Sanskrit Vidya Dharma Vigyan (SVDV), BHU and Prof Vinay Kumar Pandey teaches astrology at the department of astrology. Prof Dwivedi teaches grammar at the faculty of SVDV.

Dwivedi said that soil from the birthplace of Lord Parshwanath, Bhelupur, and water from the temple in a Mangal Kalash, was presented by Jain community members Dr. KK Jain and Dr. Amit Jain. They are also carrying the soil and water to Ayodhya. Before departing from Kashi, the scholars went to the Sankatmochan Temple. They offered prayers to Lord Sankatmochan Hanuman and left for Ayodhya. 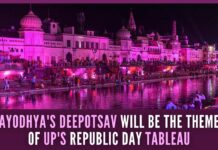 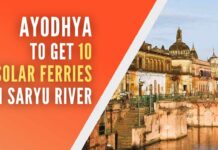 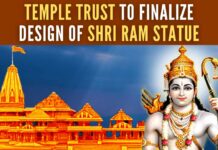 The Real Indian History – A Book