In a widely appreciated move, the Sunni Central Waqf Board decided on Tuesday that it would not file a review petition against the Supreme Court verdict in the Ayodhya case. The Sunni Waqf Board is a main litigant in the case. The Board Chairman Zufar Farooqi said they will decide later, on the Apex Court’s offer to provide a five-acre alternative plot for a mosque.

“The Board has considered the judgment of the Supreme Court passed in the Babri Masjid case. The Board has reiterated its stand that it will not file any review petition in the Supreme Court,” Farooqi said in a press release issued after a meeting of the board attended by seven of its eight members.  Six members present at the meeting were of the view that the review petition should not be filed, he said, adding, “advocate Abdur Razaaq Khan has put in his dissent as he was in favour of filing a review petition.”

Farooqi said the meeting also considered whether to accept the five-acre alternative land given by the apex court for building a mosque in Ayodhya. He added that the members felt they needed more time to decide on the matter to ensure that it was appropriate as per the Shariat. “All further action in compliance with the order of the Supreme Court, including the issue of five-acre land in Ayodhya, are still in consideration of the board and no decision has yet been taken. The members of the board have asked for more time to formulate their views. As and when any decision is taken, it will be communicated separately,” said the Press Release of the Sunni Board.

Now the All India Muslim Personal Law Board (AIMPLB) which is not a party in the Ayodhya case has lost the support of Sunni Board. The AIMPLB earlier declared that they will through some Muslim parties in the case to file Review Petition. It is also against accepting the alternative site to replace the mosque. 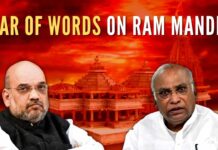