India’s largest bank staffers union, the All India Bank Employee’s Association (AIBEA) on Saturday released the list of wilful defaulters who owe Rs.1,47,350 crore to public sector banks. The AIBEA said that the purpose of this release of wilful defaulters in the public domain is in the interest of the country and demanded that these defaulters should not be allowed to contest in elections and hold public offices. In a detailed statement, the AIBEA general secretary C.H Venkatachalam demanded that the Banks must publish the names of all defaulters and stringent measures must be taken to recover the corporate loans and wilful default must be made as a criminal offence. AIBEA also said that total Deposits in Indian banks crossed more than Rs.138 lakh crores and common man’s savings are safe in the banks.

“Today the public sector banks have grown in a massive way proliferating with their branches in every nook and corner. Today the total Deposits of all commercial banks are more than Rs.138 lakh crores. Thus, savings of the common man is safe in the Banks,” said AIBEA. The Association also demanded that the Central Government must strengthen public sector banks and provide adequate capital in all banks.

As per the list released by AIBEA, as on September 30, 2019, the public sector banks are facing 2426 cases with wilful defaulters of Rs.1,47,350 crore. The list is of those having default from Rs.5 crore facing cases in courts and fall under the category of ‘wilful defaulters’. The detailed list released by AIBEA is published below this article in the interest of public understanding. The widely known NPA (Non-Performing Assets) category is not part of this list. Many large Corporates’ dues come under NPA, which is not made in the public domain by banks. It is widely believed that NPA has crossed more than Rs.10 lakh crores and Anil Ambani Group, Adani Group, and Videocon Groups are facing large NPAs.

In the AIBEA released wilful defaulters list highest is from State Bank of India (SBI) with Rs. 43,887 crores, followed by Punjab National Bank and Bank of Baroda with Rs.22,370 crores and Rs.14,661 crores dues. Out of the total 2426 cases, these three banks are having 1365 cases of wilful defaulters. Among the top 33 defaulters (Rs.500 crore and above) total dues of this category are Rs.32,737 crores. In the top 33 wilful defaulters Gitanjali Gems, Kingfisher Airlines, Ruchi Soya, Rotomac, Sterling Oil Resources are figured.

The detailed press statement and list of wilful defaulters released by AIBEA is published below this article: 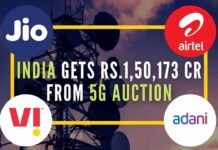 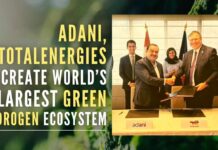 HDFC Ltd and its subsidiaries to merger with HDFC Bank Ltd