The promoter wins the lottery of project approval by bribing all concerned in the government. That is, he gets the license/approval to set up a business venture-factory, industry, etc.

He approaches banks for loans. He says that for a project of Rs 3000 crore, he would invest 900 crores, the balance would be debt. Banks get their bribes, and he gets the loan. He awards the contract. The arrangement with the contractor is that he would pretend to construct, and the promoter would pay him for doing so. But then the contractor would route a part of the money back to the promoter.

Work starts. Promoter pretends to put his share of Rs. 900 crore but doesn’t. The loans are disbursed. Nothing gets constructed but the money reaches the contractor and promoter.

Banks discover that the project completion date is always slipping away. Promoter wants loan amount enhanced. Banks get their bribes and agree. The loan amount is increased.

Project is finally abandoned. Earlier banks would not bother. Now because of the bankruptcy law, they try to recover the loan by selling assets. They discover that assets created are hardly worth Rs. 1000 crore.

Our favourite slogan has become, “No wrongdoer is to be punished, even if to prevent wrongdoing we make life miserable of hundreds of honest persons by putting in place impossible to follow procedures.”

Promoter has three other companies and is happily Holidaying in Riviera. Banks get the NPA which are liquidated using our tax money in the next budget. This is the entrepreneurship, India style. This is the system of loot in place for the last 70 years.
A company is an independent entity, a person created by law. Promoters can only get their salaries and dividends out of it.

But only in a society of honest and law-abiding citizens. In India, मुख्य धंधा, the main business, of company directors is to siphon off company money into their personal accounts. Company CFOs, CAs, auditors all are involved and get their cut.
All do this with the clear knowledge that nothing will ever happen to them.
Rule of law or lack of it is the only difference between the rich countries and the poor countries. And the rule of law will not be possible until society becomes honest.
Rest all is a pure waste of time. Till this loot of company money starts getting punished, certainly and quickly, nothing will change. We will not industrialise and will continue to be at each others’ throat for reservations.

(Someone suggested that the money should be recovered from promoters’ other businesses. Limited Liability clause is both the foundation stone and keystone of Capitalism. If the Limited Liability concept is given up, nobody will invest in any business in India, and we would move back to caves. )(This is the stock response in India to every wrongdoing: do not punish the wrongdoer, ban the activity itself. So that nothing gets done. Our favourite slogan has become, “No wrongdoer is to be punished, even if to prevent wrongdoing we make life miserable of hundreds of honest persons by putting in place impossible to follow procedures.”) 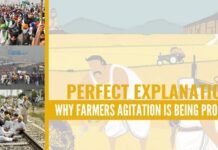