On 5th August 2019, in Cairo, Egypt’s capital, in a car bomb blast in front of a hospital, at least 20 people have been killed and 47 injured.

An explosion was triggered when a car bomb collided with other vehicles outside a cancer hospital in central Cairo. The blast occurred on a road running alongside the Nile River in an area outside Egypt’s National Cancer Institute around midnight local time. Pictures were taken just after the incident and published by Egypt’s largest newspaper, Al-Ahram. The pictures showed two burnt-out cars, with at least one completely blackened and dented from the force of the explosion.[1]

Even in a 100% Muslim country, for example, Saudi Arabia, terror really never ends.

“A car carrying explosives drove into oncoming traffic and collided with three others, detonating its charge”, Egypt’s interior ministry said. It identified a violent offshoot of the Islamist Muslim Brotherhood group, called Hasm, as the organisation responsible for the attack. It also claimed that a member of the group had been arrested in connection with the blast.

Egypt is 90% Muslim. Most of the Sharia provisions are in force. Entire Govt apparatus is staffed by Muslims. So why the blast?

In the case of Sharia, you can never have enough of it. Wherever Sharia is implemented, there are guys ready with more sharia to follow.

So everybody wants to be Sharia enforcer, that is to be in power. With that comes Zakat. The unearned, never-ending money supply.

So, even in a 100% Muslim country, for example, Saudi Arabia, terror really never ends.
To be entitled to collect Zakat is too tempting to not kill even patients in a hospital, even if they are all Muslims. Or even children in a school. It is time for the moderate Muslims to put their heads together and interpret their religion in the way it was intended and act accordingly. The way it is now, it has been hijacked by the extreme elements, which will only lead to internecine warfare. 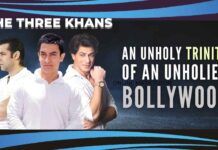 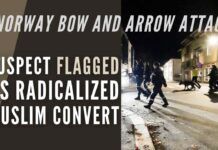 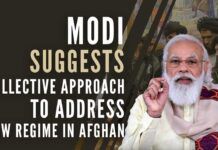