The places raided by the probe agency include one each in Delhi, Odisha and Assam, while the rest seven were in Bengal.

Sources in the Central Bureau of Investigation (CBI) said the raids were conducted at the residences of managing director Ramendu Chattopadhyay, directors Udyan Banarjee and R.K. Basu and offices of the company.

A total of 246 cases have been registered by the CBI against 128 companies, including Saradha Group, Rose Valley, Unipay 2 U, Jeevan Suraksha, Prayag, Abyss Assam Group Co, Basil International Limited and Daffodils Group of Companies.

At present, the chit fund cases are spread in various trial courts across Bengal and the CBI wants three special courts in Kolkata to deal with them. 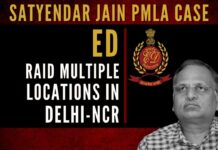