Chief Justice of India (CJI) N V Ramana on Friday asked lawyers to assist judges and protect the judicial institution from “motivated and targeted attacks” besides lending a helping hand to those in need for becoming worthy of the confidence reposed in them by the citizens. “I want to tell all of you that you must assist judges and the institution. We are all ultimately part of one large family. Protect the institution from motivated and targeted attacks. Do not shy away from standing up for what is right, and against what is wrong,” said the CJI who was speaking at the Constitution Day celebration organized by the Supreme Court Bar Association (SCBA) in the apex court’s lawns here.

The CJI also raised concerns of attacks against Judges in media and especially in social media. He said that Central Government agencies must curb these “sponsored and synchronized” attacks. “An area of grave concern for the judiciary is the increasing attacks on judges. Physical attacks on judicial officers are on the rise. Then there are attacks on the judiciary in the media, particularly social media. These attacks appear to be sponsored and synchronized. The law enforcement agencies, particularly the Central agencies, need to deal with such malicious attacks effectively. The governments are expected to create a secure environment so that the judges and judicial officers can function fearlessly,” the CJI said.[1]

The SCBA’s event is one of the functions which will be held on Friday and Saturday to celebrate Constitution Day, also known as National Law Day. On the same day in 1949, the Constituent Assembly of India had adopted the Constitution which came into effect on January 26, 1950. Justice Ramana stressed the importance of “debate and discussion” and said that the Constitution is richer and a more complex document in comparison to when it was adopted because of the dialogue which took place inside and outside the courtroom.

“The Constitution of today, built upon the foundations laid by the framers, is a richer and more complex document than what it was when it was adopted in 1949. This is a result of the dialogue that took place both inside and outside the courtroom, resulting in novel and unique interpretations,” he said. The CJI said “perhaps, the most important feature of the Indian Constitution is the fact that it provides a framework for debate. It is through such debate and discussion that the nation ultimately progresses, evolves, and achieves higher levels of welfare for the people. The most direct and visible players in this process are, of course, the lawyers and judges of this country.”

He recalled the contributions of legendary lawyers, Mahatma Gandhi, Dr. B R Ambedkar, Jawaharlal Nehru, Lala Lajpat Rai, Sardar Patel, and Alladi Krishnaswamy Iyer, in the freedom struggle and making of the Constitution and asked lawyers to “take an active role in lending your hand to those in need. Take up cases pro bono whenever possible. Be worthy of the confidence reposed in you by the public.”

“As people with intimate knowledge of the Constitution and the laws, it is also your responsibility to educate the rest of the citizenry about the role that they play in society. The history, present, and the future of this nation lie on your shoulders,” the CJI told lawyers. The legal profession is called a noble profession for a reason and it demands “expertise, experience, and commitment”, like any other profession, he said, adding that it also requires “integrity, knowledge of social issues, social responsibility, and civic virtue. You must be leaders and mentors in society.”

He said that everybody should take a pledge to propagate the ideas that form the basis of the Constitution: freedom, equality, and justice in all of its facets for all people. Besides felicitating five lawyers for completing 50 years in the profession, the CJI also congratulated advocates who were given certificates for writing and publishing books in the function where SCBA President Vikas Singh and others were also present.

“Knowledge and information are extremely important. They are even more precious in the legal profession. Researching a topic, gaining in-depth knowledge of the same, and sharing it with the world is, therefore, a great service that you are providing to the legal community and the public…” the CJI said. 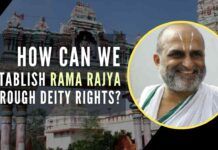 Qty of Judges not crucial: “Surgical Strikes” on the system are...