Seeking dismissal of Rajdeep’s frivolous petition, in their reply the Radio company and RJs conducting satirical programme make a compelling argument. They say that their program is a funny, irreverent look at life and brightens the mood of millions of commuters of Mumbai.

In what could only be termed as sheer hypocrisy, he filed a Rs.100 crores ($14.9 million) Civil Defamation suit against an FM Radio and jockeys for a satirical comment made during the show Kasa Kai Mumbai.  Rajdeep and India Today group took objection for a comment the radio jockeys made on his ‘so called exclusive interview with fugitive Lalit Modi.’ The phrase “People living in Glass houses should not throw stones” comes to mind.

But the Jagaran Prakashan’s Radio City 91.1 FM  decided to challenge Rajdeep’s allegations and has given him a fitting reply. The reply given to Rajdeep is totally read worthy as an example to tackle defamation cases. The Radio Jockeys (RJ)s Archana and Salil and the company even challenged Rajdeep’s claim of reputation as journalist. In fun they even asked Rajdeep to produce proof for his reputation in journalism!

“I do not admit that the Plaintiff No: 1 (Rajdeep Sardesai) is a well known and a reputed journalist who has made a name for himself. I deny that the Plaintiff No: 1 is well recognised for his professional calibre and achievements not only in India but also internationally,” said the FM Radio and its RJs seeking proof for Rajdeep’s claim including India Today Group’s claim of fame.

[dropcap color=”#008040″ boxed=”yes” boxed_radius=”8px” class=”” id=””]T[/dropcap]hey wonder how Rajdeep can question a comment spoken during the show, while he was all along his career making many controversial comments during his shows for decades. In the entire-28 page reply, they repeatedly call Rajdeep and India Today Group as “Hyper sensitive people” with lot of “cushioned ego”.

The Radio company also produced the entire script of the show which mainly makes fun of fugitive Lalit Modi and media persons rushing to meet him in the name of so called exclusive interviews. Seeking dismissal of Rajdeep’s frivolous petition, in their reply the Radio company and RJs conducting satirical programme make a compelling argument. They say that their program is a funny, irreverent look at life and brightens the mood of millions of commuters of Mumbai. Viewers can look at Saturday Night Live program, which lampoons public figures week in and week out to draw a parallel.

Whatever the outcome, the Bombay High Court Judges are going to have a good time, if Rajdeep and India Today go ahead with the case. Kasa Kai Mumbai, the radio program in which the alleged statements were made, will get a lot of publicity. It would also define how much of a thick skin one needs to have to be in journalism.

The humorous reply given to Rajdeep and India Today Group is published below:

Reply to Rajdeep by PGurus on Scribd

Note:
1. The conversion rate used in this article is 1 USD = 67.21 Rupees.
2. Text in Blue points to additional data on the topic. 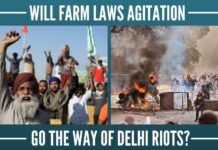 UP Police punctures the lies of Journalist Union. UP Police tells SC – Siddique Kappan is pro-Jehadi unit PFI’s Office Secretary working under the...