The Delhi High Court on Thursday dismissed BJP leader Subramanian Swamy‘s plea seeking to set aside the Air India disinvestment process on the allegation that the methodology adopted by the government in the valuation of the national carrier was “arbitrary, illegal and against the public interest”. The order was passed by a bench of Chief Justice D N Patel and Justice Jyoti Singh, justifying Government’s decision on Air India disinvestment.

Swamy has sought to set aside and revoke any action or decision or grant of any further approvals, permissions, or permits by authorities with respect to the Air India disinvestment process. On January 4, the Court heard the arguments put forward by Swamy, Solicitor General Tushar Mehta, and senior advocate Harish Salve, who appeared in the matter on behalf of Tata Group’s Talace Private Limited, and had reserved the order.

Swamy also sought a CBI investigation into the role and functioning of authorities and the submission of a detailed report before the court. Reacting to the Judgment, Swamy later said that he will approach the Supreme Court after studying the Delhi High Court’s order.

The Delhi HC dismisses my WP on Air India. But reasoned Order is being uploaded. After reading that we shall decide on going to SC

In his argument, Swamy said the tender was a rigged one and tailor-made for Tata Group. He said to avoid a single bidder, SpiceJet’s promoter Ajay Singh also placed a sham bid and told the Court that SpiceJet is facing insolvency procedures in Madras High Court and not an eligible bidder.

In my Petition I have specifically said that I am not seeking a review of the policy disinvestment but the illegalities via rigged procedure . Also Ajay Singh represented a sham bidder. Anyway I will meet my legal team and assess how to move forward

Delhi High Court in its 16-page Order justified the government’s decision to disinvestment of Air India and also cited the huge loss to the government in running Air India. “This was a policy decision by the Central government, taken after due deliberations, at various levels and is not open to interference in judicial review by this Court, exercising jurisdiction under Article 226 of the Constitution of India, more particularly in the absence of any illegality or arbitrariness being established by the Petitioner, in the decision-making process and as rightly contended by Respondent No.6 is a highly belated challenge,” said the order written Chief Justice D N Patel. On Tuesday, January 4 around an hour the High Court heard all sides and passed the Order in 48 hours, on January 6.

We also find merit in the stand of the Respondents No. 1 to 4 (Government ) that each day, approximately Rs.20 crores are being invested to run the Airline by the government. The successful bidder needs to invest huge capital to infuse new life into the concerned Airline. We also find merit in the stand of Respondents No.1 to 4 that they have been working towards the closing of the disinvestment process, at the earliest and any further delay shall cause loss to the public exchequer, besides creating uncertainty amongst the existing employees, with regard to their future prospects and it needs no gainsaying that public interest shall be adversely affected,” said Delhi HC, dismissing Subramanian Swamy’s petition. 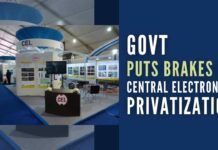 Amazon’s attempts to stop the Enforcement Directorate’s probe were not entertained...