The Delhi High Court on Monday refused to quash Enforcement Directorate’s (ED) money laundering case against media baron Raghav Bahl, saying the plea was “premature”. The Court also rejected Bahl’s challenge to the Look Out Circular (LOC) against him, observing the issue of the generation of “proceeds of crime” being investigated. The Court, however, said the petitioner’s liberty to travel abroad in genuine circumstances cannot be curtailed and clarified his plea seeking permission to undertake such travel will be decided by the courts concerned whenever filed.

The ED case against the petitioner arises from a complaint by the Income Tax (IT) Department and concerns the alleged laundering of funds to purchase an alleged undisclosed asset in London.[1]

PGurus in 2019 reported how Bahl and his wife money laundered and manipulated the stock exchange by fluctuating a shell firm’s share prices and minted money. The little-known Gaurav Mercantiles share price surged from Rs.20 to Rs.148 in just six months by the dubious games of the media baron.[3]

On Monday, rejecting Bahl’s petition, Justice Jasmeet Singh said: “I am of the view that the petition itself is premature…There are allegations in the complaint regarding tax evasion. The allegations are yet to reach the stage of the trial. Whether there is the generation of proceeds of crime or not is being investigated. For aforesaid reasons, the petition for relief of quashing the ECIR (Enforcement Case Information Report) is premature and is rejected”.

“The allegations against the petitioner are with regard to compromising the economic interest of India. The quashing of LOC at this stage again will be premature,” added the Judge.

The Income Tax Department had earlier initiated proceedings against the media baron under the Black Money (Undisclosed Foreign Income and Assets) and Imposition of Tax Act of 2015 for irregularities in the returns filed for the assessment year (AY) 2018-2019. 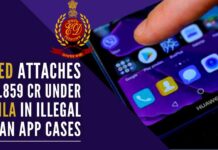 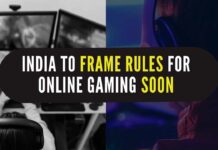