The Delhi High Court on Friday told Twitter to respect the people’s sentiments as it is doing business for the public at large while directing the microblogging site to remove certain objectionable material related to a Hindu Goddess from its platform.

A petition was filed earlier in the Delhi High Court in which the petitioner said he came across some highly obnoxious posts about Maa Kaali on Twitter.

The petition filed through advocates Ashok Kashyap, Ridhima Gaur, and Deepa Malik, said, “the said objectionable posts have shaken the collective conscience of the followers and practitioners of Hinduism.”

Division Bench of Chief Justice D N Patel and Justice Jyoti Singh was hearing a plea seeking to delete objectionable tweets and content with regard to Hindu Gods and Goddesses.

“You are doing business for the public at large, their sentiments shall be given due importance,” the Court said, suggesting the tech giant remove the content as it did to an objectionable tweet by Congress leader Rahul Gandhi.

Further hearing in the matter is listed for November 30.

In order to expose the identity of culprits behind these objectionable posts, the plea sought direction to preserve all the electronic evidence associated with the Twitter user @AtheistRepublic and @cficvictoriabc. It also sought directions to Delhi Police to take cognizance of the complaint made by the petitioner with immediate effect. 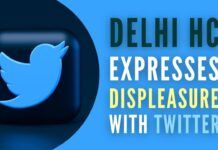 Delhi HC expresses displeasure over non-compliance of IT Rules by Twitter. Government says Twitter earns $7 million per year from India 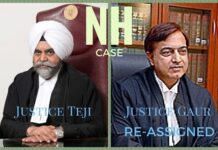 SEBI vs Sahara row over how much was paid. Funds totaling...

There is never one cockroach! More fraud by Prannoy Roy, the...