The tech giant SpaceX’s owner Elon Musk has hinted that Tesla would probably build “at least 10 or 12 gigafactories” in years to come, teasing another gigafactory location to be chosen later this year. Tesla will soon allow non-Tesla EVs to use its charging network.

The Tesla CEO said that the company aims to hit a 2 million car run rate by the end of this year.

Musk said, “We’re now at over 40 million miles and I suspect by this year we’re gonna have well over 100 million miles. We’re still tracking very much to have a widespread deployment of FSD beta this year in North America.”

Musk said that the long-awaited Cybertruck (announced in 2019) will also be unveiled soon, though he did not give any further details.

Last month, he said Tesla is hoping to start delivering the Cybertruck in the middle of next year.

At the event, Tesla shareholders approved the three-for-one stock split, which will bring the company’s shares down to the $300 range. Tesla reported $16.93 billion in revenue in Q2 and automotive made $14.6 billion of the total sales. In an earnings call, Musk said that Tesla’s new factory outside of Berlin crossed 1,000 cars per week in June. 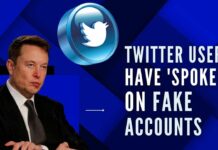