[dropcap color=”#008040″ boxed=”yes” boxed_radius=”8px” class=”” id=””]A[/dropcap] watershed year for West Bengal, 2015 saw the painful stateless existence of around 51,000 enclave dwellers come to a happy end, while after a long wait, 64 files on legendary freedom fighter Netaji Subhas Chandra Bose were declassified, even as the ruling Trinamool Congress continued its dominance despite the CBI’s Saradha scam probe reaching some of its leaders.

With assembly polls slated for the first half of 2016, political parties are busy finalising their strategy. While Trinamool supremo and Chief Minister Mamata Banerjee wooed the Muslims, who comprise 27 percent of the state’s population, the CPI-M and the BJP effected a change of guard.

History was made on August 1 as India and Bangladesh implemented the 40-year-old Land Boundary Agreement by exchanging 162 adversely held enclaves, resulting in 14,000 residents of 51 Bangladeshi enclaves in Cooch Behar district becoming Indian citizens.

About 37,000 people, inhabiting 111 Indian enclaves in four Bangladeshi districts, got the country’s citizenship.

In another historic step, the Kolkata-Dhaka-Agartala bus service was flagged off, reducing travel time between the two Indian cities to less than half.

[dropcap color=”#008040″ boxed=”yes” boxed_radius=”8px” class=”” id=””]I[/dropcap]n September, Banerjee declassified 64 files on Netaji Bose, stressing the need to solve the mystery surrounding his disappearance. Though there was a general feeling that the files made no startling disclosures, it helped Banerjee score some political brownie points and outsmart the BJP-led central government. which has also promised to make public hitherto secret files on Bose.

However, the multi-crore Saradha chit fund scandal being probed by the Central Bureau of Investigation (CBI) on the Supreme Court’s instructions, continued to embarrass the Trinamool.

While former minister and party bigwig Madan Mitra, arrested last December for his complicity in the scam, continues to languish in jail, the CBI in January grilled Banerjee’s then right-hand man Mukul Roy, sparking cries of “vendetta” and “conspiracy” from the Trinamool.

But with Roy virtually going against the Trinamool line to announce he would “fully cooperate” with the CBI, there was much speculation that the ex-railway minister would either float a new party or join some other outfit.

As Roy started skipping Trinamool meetings, Banerjee stripped him of all his posts, and relegated him to the Rajya Sabha back benches. But as the year reached its last lap, there were indications of their mending fences, ahead of the poll year.

The BJP, which in 2014 seemed to be emerging as the second largest force, failed to maintain the momentum, with political circles pointing to the absence of a popular face in the state party to sway the masses.

At last in December, the BJP appointed an RSS man, Dilip Ghosh, as its state president, replacing Rahul Sinha, and embarked on a law violation campaign.

Nine months ago, Left Front spearhead CPI-M anointed the comparatively young Surjya Kanta Mishra (66) as its state secretary, in place of the 75-year-old Biman Bose and opted for new leaders in a majority of its committees from the local to the district level.

At the fag end of the year (December 27-31) the CPI-M is holding a plenum after 37 years to assess its organisational strength and decide on its future organisational and political roadmap.

[dropcap color=”#008040″ boxed=”yes” boxed_radius=”8px” class=”” id=””]H[/dropcap]owever, though the top leadership is yet to spell out any clear-cut stand, sections in the CPI-M and other LF partners are seeking an electoral understanding with the Congress, arguing that the weakened LF on its own cannot combat the Trinamool.

The Congress is a house divided on the issue. While some leaders favour a tie-up with the Left, a faction wants to ally with the Trinamool – and then there are those who want the party to go it alone.

But Banerjee, apparently to nip in the bud any possibility of a Congress-LF tie-up, openly sided with the Congress when its chief Sonia Gandhi and vice president Rahul Gandhi were summoned by a court on an alleged graft case related to the National Herald newspaper. The Left chose to keep a distance from the Congress on the issue.

Banerjee has also recently announced goodies affecting a majority of the population. While the government would distribute nearly Rs.600 crore (nearly $91 million) to support 10,000 clubs, around 70 million out of the state’s 90 million population is to get rice and wheat at Rs.2 a kg.

In a tragic incident, 20-year-old cricketer Ankit Keshri succumbed to injuries sustained in an on-field collision in April.

Over 30 lives were lost in landslides that wrecked the Darjeeling hills, the rape of a nun in a Nadia district church by bandits caused revulsion, while the discovery that a man was living with the corpses of his sister and two dogs for over six months in the heart of the city triggered shock and disbelief. 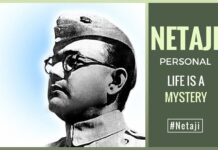 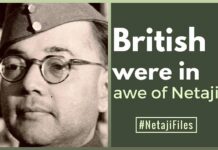 Scared of his popularity, British wanted to hang Netaji