J J Singh said in a statement, “It is known that Tanmanjeet Singh ‘Tan’ Dhesi, a British Labour Party politician (Member of Parliament for Slough) has taken open anti-India stands, especially on Kashmir. Such a controversial MP was warmly received by Bhagwant Maan and MP Raghav Chadha.”

“Was it about the welfare of NRIs, un-blacklisting some dubious individuals, or was it about Kashmir?” he asked.

The former army chief demanded that AAP and Mann must disclose the details of the meeting. “Country should know the agenda of the meeting with a person, who has been vocal against India,” he added. Dhesi had on Friday met with Mann at his official residence in Chandigarh. It was said that discussions were held on giving certain facilities to the Non-Resident Indians (NRIs) in Punjab.

He also said the Indian government has given many facilities to the NRIs of Punjab and many of them have been de-listed from the ‘black list’ and were allowed to visit the state.

In 2019, Dhesi had said: “I do not support the Indian government‘s decision to abrogate Article 370 and remove the statehood from the Kashmiris.”

He had reiterated his stand when he came to India in August 2019 and had criticized the Indian government for abrogating Article 370 and dividing the erstwhile state of Jammu and Kashmir into two Union Territories. 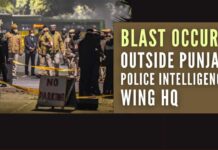 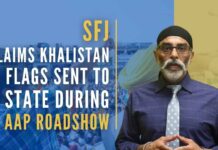