[dropcap color=”#008040″ boxed=”yes” boxed_radius=”8px” class=”” id=””]T[/dropcap]rade and industry experts said that with the government allowing 100 percent foreign equity in e-retail and e-commerce sector in India is poised for multi-fold growth.

Ficci e-commerce committee co-chair Pawan Kaul said, “As the government has dispelled ambiguities the FDI in e-commerce was allowed 100 percent which will enable companies and investors to draw long-term plans with certainty”.

When the products sold are also manufactured in the country, as also for single-brand foreign entities where the government on Tuesday permitted 100 percent conditional foreign equity in the retail e-commerce segment.

For attracting more investments into the country, the conditions under which foreign equity was allowed would help, said the Federation of Indian Chambers of Commerce and Industry (Ficci) secretary general A. Didar Singh for terming this as progressive initiative.

Singh Said, “Clarity in the FDI policy and the market potential will attract more overseas investment and this will create more jobs and provide stimulus to manufacturing”

However, to prevent double taxation which is affecting the industry’s growth, singh wants the central government to prevail upon states to abolish entry taxes.

Leading American research and advisory firm Gartner research director Sandy Shen said allowing foreign equity in the e-commerce industry would make it easier for all stakeholders, global and local, to compete online under well-defined rules of the game, especially on pricing.

“Foreign equity in e-commerce retailing, however, will not reduce competition in the market where players are in a land-grabbing mode to increase customers and merchants,” Shen said.

More than getting foreign equity, present and potential e-commerce players will have to make their platforms more appealing with better logistic, payment and purchase experience.

“Price pressures will remain for merchants as its primary reason for people to shop online. Even when marketplaces are not allowed to influence pricing, there are still levers they can use,” Shen noted.

“The nascent SME sector may fall prey to the predatory pricing and the 25 percent limit for a single player is high and may not be in the interest of the sector,” Agarwal claimed.

“Clarity on the definition of e-commerce and marketplace model will allow many national and international players to enter the industry through marketplace route,” Sethi pointed out.

Observing that foreign investment was a key component to drive the ‘Make in India’ campaign, CareOnGo co-founder Aditya Kandoi said the government had helped lift the bureaucratic mindset around the business.

“The initiative will give push to the spirit of start-up culture. The 25 percent cap on total sales and other rules will help pave a level-playing field and curb predatory pricing,” Kandoi added.

Here is an information about Global development in E-Commerce. 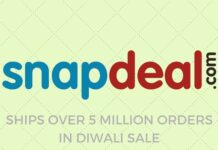 iPhone SE: Why the delay in launching in India?