Case of forgery against Ajay Hinduja in a Geneva Court

Tussles in Hinduja family galore with London and Mauritius based newspapers reporting the illegalities in holding companies in Mauritius which controls the entire firms of Hinduja Group. Apart from the violations in Mauritius, last week’s Sunday Telegraph of London reported in detail, alleging a case of forgery against billionaire businessman Ajay Hinduja in a Geneva Court which has added to the problems of one of India’s richest families.

According to the story published on Sunday, 7 February, Ajay was subject of a criminal order in a Geneva Court in December 2019 on a charge of forging a document at a bank. The Swiss prosecutor believed that there were grounds to proceed. Ajay Hinduja has denied any wrongdoing and the Geneva prosecutor’s office confirmed that he had challenged what the Swiss term in French an ordonnance pénale or criminal order and the matter are due to be heard in Court, but has been delayed due to Covid. London’s Sunday Telegraph’s report exposes the troubles brewing in the Hinduja Group and probes related to Ajay Hinduja[1].

The Hinduja Group’s companies are controlled by holding companies situated in tax havens like Mauritius and Geneva. The elder three Hinduja’s names cropped up in the Bofors scam as the main middlemen.

The legal eagles engaged in the settlement of the family dispute, the four brothers Srichand P Hinduja, Gopichand Hinduja, Prakash P Hinduja and Ashok P Hinduja are for past two years bickering over the transferring of shares to the next generation. Now the family tussles have led to the youngest Ashok Hinduja and Prakash Hinduja’s son Ajay facing legal troubles in Mauritius and Geneva Court. According to lawyers, eldest brothers Srichand and Gopichand are unhappy with the younger brothers’ handling of the affairs of the companies across the world.

The family disputes started in November 2020, when Ajay stood for re-election as Director in the Annual General Meeting (AGM) of the Mauritius-registered company IndusInd International Holdings Ltd or IIHL. His uncle, Ashok Hinduja who lives in India chairs the board. Other elder brothers are settled in London and Switzerland. In India, the Hinduja Group controls Ashok Leyland, IndusInd Bank and Gulf Lubricants. The Indian origin conglomerate having business across the world was started by late P D Hinduja in the early 1940s. The Hinduja Group’s companies are controlled by holding companies situated in tax havens like Mauritius and Geneva. The elder three Hinduja’s names cropped up in the Bofors scam as the main middlemen. All three elders are settled in London and Geneva and the youngest Ashok is stationed in Mumbai. PGurus published a series on the Bofors Scam Saga and the role of Hinduja brothers in the scandal[2].

Dissenting shareholders say that they voiced their objections at the meeting, and have now written to both the Mauritius Financial Services Commission and the Registrar of Companies, asking them to investigate “a serious failure of governance at IndusInd International Holdings”, and claiming the forgery case might disqualify Ajay under the company’s constitution. Mauritian authorities have confirmed receipt of the letter, according to CAJ News reporting from Mauritius[3].

Of late, such matters have been taken seriously in Port Louis after the island was placed on a global “Grey List” for money laundering. The list, issued by the Financial Authorities Task Force (FATF) — an agency set up by the G7 group of nations — rates how well countries monitor corporate governance, the source of funds placed in their banks, and controls on cash moving over borders, with the aim of freezing the proceeds of crime and terror. In 2020, FATF downgraded Mauritius to the same level as Zimbabwe, Yemen, Pakistan and Myanmar. India and South Africa are key banking partners for Mauritius and both enjoy the FATF’s top rating.

Bhatti has already filed a complaint to the Securities and Exchange Board of India (SEBI) to intervene in the illegalities in the Hinduja Group of companies.

There is no allegation of money laundering leveled against the Hinduja family or their companies, but Mauritius is currently at pains to portray itself as upholding the standards of corporate law. A spokesman for the Registrar of Companies told the Sunday Telegraph that an investigation of events at the AGM of IIHL was “under process”.

On the forgery charge, Ajay’s lawyers insist he is innocent until proven guilty. If his challenge in Court to the Swiss ordonnance pénale is successful, he will have no further case to answer. But problems at IIHL are not the only headache for Ashok P Hinduja, popularly known as AP. According to recent press reports, he has been accused of forcing independent directors to quit the board at the Indian assets where he has influence.

Aikant Bhatti, a minority investor at the Chennai-based Ashok Leyland and at Hinduja Global Solutions where Ashok P Hinduja is chair emeritus, claims billions of rupees in company funds were used to benefit promoters and that records of a recent AGM were false and did not include objections raised by shareholders. Bhatti has already filed a complaint to the Securities and Exchange Board of India (SEBI) to intervene in the illegalities in the Hinduja Group of companies.

According to lawyers handling the matters of the family and the Group, the brothers started bickering over the transfer of powers and assets to the next generation. Elder brothers wanted their daughters to be included in the Group and the other section wanted to maintain the family tradition of handing over the business to sons only[4].

[4] Hinduja brothers are fighting over a letter that divides the family’s $11 billion fortune – June 24, 2020, The Print 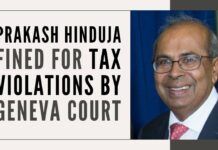 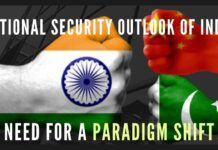