India revealed its morality by offering to the Maharaja the same IoA as had been signed over 500 other princely states; there was no change of even a comma or a full stop.

In November 2017, when he had just crossed age 80, Farooq Abdullah, a former chief minister of Jammu & Kashmir State, news agency PTI, Twitter and a Facebook post had recorded a quixotic statement of his [1].

He had then said that “the part (of Jammu and Kashmir) which is with Pakistan (PoK) belongs to Pakistan and this side to India. This won’t change.”

Referring to an earlier statement made by Union Minister of State for Home, about PoK being part of India, Abdullah invoked the Instrument of Accession (IoA) signed by the Maharaja Hari Singh of J&K with the Indian government (in October 1947).

Notice also that the citizens of the acceded State were permitted by the IoA to commit themselves to a Constitution other than India’s.

“You do not remember the Instrument of Accession,” he said and claimed that “if the other side of Kashmir administered by Pakistan is ours, then you should talk about the accession as well. Why do you forget the conditions on which we have acceded?” he said. He also said, “We should understand that there has been a decision (of accession), but India didn’t treat us well. India betrayed us. They did not recognize the love with which we chose to join them. That is the reason behind the current situation in Kashmir,” Abdullah said.

That obsession with the Instrument of Accession was repeated the other day when Abdullah seemed grossly upset with the statement of Amit Shah, our Union Home Minister, that Article 370 is a Temporary provision in our Constitution. So very allergic is he on the subject that he hit back at the country’s new Home Minister by stating that “If Article 370 is temporary then our accession is also temporary; when the Maharaja acceded, it was temporary. It was said at that time that a plebiscite will happen and people will decide whether to go with India or Pakistan; so if that didn’t happen, then how can they remove Article 370?” he argued [2].

Time has, therefore, come to enlighten Farooq Sa’ab, now 82, on certain facts mentioned in the Instrument of Accession document signed by Maharaja Hari Singh on 26th October 1947, and accepted the next day by the then Governor General of India, Mountbatten of Burma, who was Lord Louis Mountbatten styled as Earl Mountbatten of Burmah and who had been the last Viceroy of India before India’s Independence on 15th August 1947. The Photocopy of the Instrument of Accession is placed here for the benefit of readers and specially for Farooq Abdullah who, possibly, had never really studied it even as he ruled several times as Jammu & Kashmir’s Chief Minister with a bunch of secretaries and others serving as his caddy boys on the golf course he loves so much.

Farooq Sa’ab should notice that the IoA made it clear that excepting the matters of Foreign Affairs, Defense and Communications, all other matters of the State were left to the sovereignty of the Ruler i.e. the Maharaja. More significantly, under Clause 7 of the IoA, the Ruler was under no obligation to accept the Constitution of the Dominion to which he acceded. Under a Supreme Court decision later, that, even on change of sovereignty over an inhabited area the pre-existing laws continue to be in force until duly altered.

Does the IoA have any promise of a Plebiscite as a condition for signing that document? At least I can’t see it. In fact, it gave permission to frame an exclusive Constitution for J&K citizens and offered a grand opportunity to the Muslim majority State to accede to Pakistan under that Constitution. Yes, Jawaharlal Nehru was not indulging in a jhumla when he announced on All India Radio that citizens of an acceding state would have the opportunity to opt for Pakistan.

Notice also that the citizens of the acceded State were permitted by the IoA to commit themselves to a Constitution other than India’s. And that is why there is an exclusive Constitution for Jammu & Kashmir enacted by a duly elected Constituent Assembly made in November 1956 when Farooq Abdullah was a young man studying for his MBBS degree.

So, Farooq Sa’ab was indulging in fantasy in those tweets cited above. What he tweeted was, in fact, a pitiable effort to slam our Home Minister the other week. India as a nation had not promised the J&K Maharaja or his citizens anything which was outside the IoA script. His two aggressive assertions that “India didn’t treat us well” and that “India betrayed us” are totally wrong. And about his comment that “They (people of India) did not recognize the love with which we chose to join them” is suspicious and hypocritical in intent. Hence, it’s essential that he, as a Member of Parliament, Farooq Abdulla, arrogant and aggressive by nature, needs to be taken to task in the Lok Sabha for making those unthoughtful accusations.

The “villain” who made the promise of some sort of a Plebiscite in J&K was Louis Mountbatten, the Governor General of India. His formal acceptance of the IoA was accompanied by a personal letter in which, apart from some other issues, Mountbatten wrote

“…it is my Government’s wish that, as soon as law and order have been restored in Kashmir and its soil cleared of the invader, the question of the State’s accession should be settled by a reference to the people.” (As cited by Adarsh Anand in his below-cited book).

“This statement has figured as the most controversial feature of Kashmir’s accession to India,” wrote Adarsh Sein Anand, the late Chief Justice of India in Chapter 4 (“Kashmir and Indian Independence”) of his book “Constitution of Jammu & Kashmir”, Third Edition, ISBN-81-7534-086-X.

Some Pakistanis took up Mountbatten’s letter as proof that India had illegally shut out Kashmir from their country. In fact, various observations were caused by Mountbatten’s lordly disregard for the truth.

However, it was M.C.Mahajan, a former Chief Justice of India observed, with legal arguments, that Mountbatten’s statement was not a part of the IoA, and he concluded that “there can be no question of the accession being conditional.”

Farooq Sa’ab would do well to accept CJI Mahajan’s verdict as a QED which cannot be challenged.

Most important to note was that Maharaja Hari Singh was in simply no position to put any sort of condition on his accession document. As cited in the above-mentioned book of Dr Anand, the outstanding journalist of the fifties, Frank Moraes, had described the then prevailing situation in Kashmir after the tribal invasion in October 1947. “By October 24th evening,” wrote Moraes, “the chronic indecision of Hari Singh had given place to deep-seated alarm and to genuine concern for his personal safety.”As recorded in another publication, The raiders were now fast approaching Srinagar, the summer capital of Kashmir, the Maharaja was extremely nervous. Despite prolonged resistance by the Dogra Army and the National Militia of Sheikh Abdulah’s National Conference Party, the invaders were pushing ahead destroying and looting whatever came their way. The state was at this time in its imminent peril saw the dream of its independence shattered like a house of cards. It was only as a last resort that the Maharaja approached the Dominion of India to accept the accession.

That explains the Maharaja’s letter to Lord Mountbatten for his desire to sign the IoA, he wrote “I have to inform your Excellency that a grave emergency has arisen in my State and requires the immediate assistance of your Government…I have no option but to ask help from the Indian Dominion. Naturally, they cannot send the help asked for by me without my State acceding to the Dominion of India.”

However, India did not milk this miserably meek position of the Maharaja. It revealed its morality by offering to the Maharaja the same IoA as had been signed over 500 other princely states; there was no change of even a comma or a full stop. And that was the IoA which Maharaja Hari Singh signed.

On the contrary, India allowed the J&K State government the freedom to disallow application of certain Union of India laws to the J&K State. For instance, do you know Farooq Sa’ab that the CBI law does not apply to J&K State? This is one, just one example. And this perversity is the result of Article 370 of the Indian Constitution. Again, Farooq Sa’ab, do you know that the revolutionary reform of the GST law required the specific ok by the J&K government to be made applicable there? That is the reason why the rest of India barring J&K State is crying for the abolition of Article 370.

Do you know Farooq Sa’ab that J&K is the only State in India where its residents are separately designated as “Permanent” Residents and non-Permanent residents? Do you know that while Permanent residents can cast their vote for the Lok Sabha as well as in State Assembly polls, but the non-Permanent residents cannot vote in the State Assembly polls? This is the result of Article 35A. And there are so many such “Permanent” restrictions on so many oh so many downgraded residents. You will know only if you consult an advocate familiar with Article which I choose to call a Monster that needs to be killed.

Sadly, the evils of Articles 370 and 35A are not understood by the people of J&K like Farooq Abdullah.

They are so pre-occupied by their own selfishness that they lose sight of the nation at large. When the time comes to pay back to the nation, they simply suffer from amnesia (or dementia) lose their temper, use hate and ugly words, or, worst of all, choose to be congenital liars. Who would call that as insaniyat? 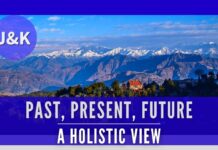 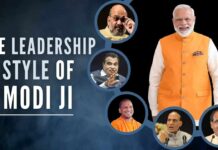