Psychiatrists say that man is the tamest of all animals. All animals can be tamed to varying degrees. But most need the trainer to be physically present to do as trained. The only man internalizes the fear and does exactly as trained even when the trainer is not present.

Today it was the turn of a Lucknow hospital. Same script: a Muslim patient, enraged mob, attack on doctors and everybody and everything in between. The police came and violence continued.

When did we grant them license to violence? Is this a country or a joke? How can anybody be allowed to attack a citizen in the presence of police?

You disarm the citizens. You take away their right to self-defence. You promise that the state will protect them. And then you allow mobs to kill citizens even in the presence of the armed wing of state: police.

Kafirs have internalized the fear that if they raise their hand in self-defence, violence will only escalate. And therefore they simply allow the Bakasur to feed on them, one doctor at a time.

Even from history, the fear is unfounded, whenever their violence has been met with greater violence, they have stayed subdued for centuries. 732 Tours, 1683 Vienna, 1980 Moradabad, 1987 Meerut, 1989 Bhagalpur, 2002 Gujarat…..Whenever you reward/overlook bad behaviour, bad behaviour only increases.

For Civilisation to be possible, man must be able to travel safely, work safely, live safely in his home. If a man and his property are not safe, no Civilisation is possible. I don’t know what endgame the Indian ruling has in mind. I don’t know what are their plans for us Hindus. How can a mob be allowed to attack a citizen in the presence of police? 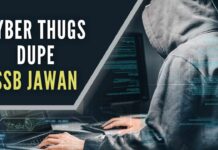 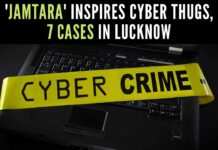 India needs to speak up!