[dropcap color=”#008040″ boxed=”yes” boxed_radius=”8px” class=”” id=””]T[/dropcap]here is a big debate about global warming and carbon foot prints in the Group of Twenty (also known as the G-20 or G20) and other forums and India listens to western lectures on dangers of coal and emissions etc.
So far the discussion is only on fossil fuels and items like concrete constructions but not on eating habits of people. The latter contributes much more to global warming and Ecological destruction. We often do not bring that to the top of the table since all discussion is essentially West determined.
An interesting report in Scientific American says

Most of us are aware that our cars, our coal-generated electric power and even our cement factories adversely affect the environment. Until recently, however, the foods we eat had gotten a pass in the discussion. Yet according to a 2006 report by the United Nations Food and Agriculture Organization (FAO), our diets and, specifically, the meat in them cause more greenhouse gases carbon dioxide (CO2), methane, nitrous oxide, and the like to spew into the atmosphere than either transportation or industry. (Greenhouse gases trap solar energy, thereby warming the earth’s surface. Because gases vary in greenhouse potency, every greenhouse gas is usually expressed as an amount of CO2 with the same global-warming potential.)

Further it is suggested that

[dropcap color=”#008040″ boxed=”yes” boxed_radius=”8px” class=”” id=””]C[/dropcap]urbing the world’s huge and increasing appetite for meat is essential to avoid devastating climate change, according to a new report. But governments and green campaigners are doing nothing to tackle the issue due to fears of a consumer backlash, warns the analysis from the think-tank Chatham House.
The global livestock industry produces more greenhouse gas emissions than all cars, planes, trains and ships combined, but a worldwide survey by Ipsos MORI in the report finds twice as many people think transport is the bigger contributor to global warming.
More importantly it is to be noted that the study shows red meat or beef dwarfs others for environmental impact, using 28 times more land and 11 times water for pork or chicken.
[dropcap color=”#008040″ boxed=”yes” boxed_radius=”8px” class=”” id=””]B[/dropcap]eef’s environmental impact dwarfs that of other meat including chicken and pork, new research reveals, with one expert saying that eating less red meat would be a better way for people to cut carbon emissions than giving up their cars.
The heavy impact on the environment of meat production was known but the research shows a new scale and scope of damage, particularly for beef. The popular red meat requires 28 times more land to produce than pork or chicken, 11 times more water and results in five times more climate-warming emissions. When compared to staples like potatoes, wheat, and rice, the impact of beef per calorie is even more extreme, requiring 160 times more land and producing 11 times more greenhouse gases.
“The biggest intervention people could make towards reducing their carbon footprints would not be to abandon cars, but to eat significantly less red meat,” Benton said. “Another recent study implies the single biggest intervention to free up calories that could be used to feed people would be not to use grains for beef production in the US.” However, he said the subject was always controversial: “This opens a real can of worms.”
[dropcap color=”#008040″ boxed=”yes” boxed_radius=”8px” class=”” id=””]P[/dropcap]rof Mark Sutton, at the UK’s Centre for Ecology and Hydrology, said: “Governments should consider these messages carefully if they want to improve overall production efficiency and reduce the environmental impacts. But the message for the consumer is even stronger. Avoiding excessive meat consumption, especially beef, is good for the environment.”

Why is rearing meat so bad for the environment?

In conclusion, we should put forward arguments and turn the debate on its head by asking the West to close down steak houses and consume less red-meat/ beef rather than meekly accepting their arm twisting.
Note:
1. Text in Blue points to additional data on the topic. 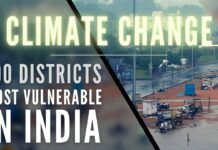 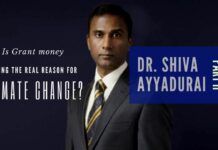 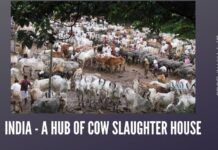 India to start vaccination from January 16