In a recent study conducted by Goa university revealed the traces of gold in the iron ore harvested and exported for decades from the mining pits in the coastal state.

The latest edition of the Journal of Geosciences Research has published the research paper by Dabolkar and Dr. Kamat. The paper states that it is the first such research conducted in the state which analyses the presence of gold in the ore extracted from Goa’s iron ore mines, which have been shut down since 2018, following a Supreme Court order which pointed out irregularities in the mining lease renewal processes.

The research paper states, “Detection of gold in the samples has been reported. The gold concentration ranges from 7.71-13 ppm indicating the auriferous nature of Goa’s iron ore. There needs to be further research on neglected auriferous iron ore of Goa.” It adds that it is the first such report on “the detection of gold from the BHQ (banded hematite quartzite) and the BMQ (banded magnetite quartzite) of Goa”.

The scholars in their study however point out that both the government sector as a regulator and private mining companies were “lacking in knowledge of systematic geochemical evaluation” of iron ore and were only oriented towards an excavation and export strategy, which “completely overlooked gold mineralization”.

“Despite (being) endowed with chemically the most diverse and creative Archean rocks in the WDC (Western Dharwar Craton), Goa still lacks an intensive knowledge-based sustainable mining policy. There is further scope for confirmation of gold by Geological Survey of India, IITs and other research institutes of India,” the study states.

“There is a lot of scope to carry out work on the metallogeny of gold. Biogeochemical cycling of gold can be studied including the investigations on the occurrence of vermiform gold, phytoform gold, gold from the alluvial deposits, sediments, and laterites,” the study states.

It was in the Portuguese era that mining exploration for iron ore in Goa began. The cash-trapped Portuguese empire allocated mining leases to its colonial subjects in Goa for the purpose of exploration and export.

Several hundred mining leases were allotted to local residents out of which nearly 100 were in operation until 2012 when an Rs.35,000 crore mining scam led to the first Supreme Court ban on the industry. While the ban was lifted after two years, mining extraction was stopped once more in 2018, which led to the second ban on the industry. 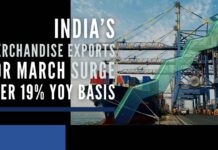 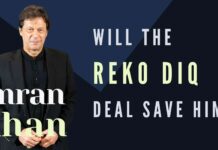 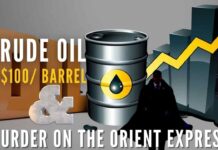