The Sterlite plant is India’s second largest and the world’s seventh largest copper smelter, accounting for over one-third of India’s copper demands

The closure of Sterlite Copper, owned by the Anil Agarwal-led Vedanta, in Tamil Nadu is an atrocious decision by an incompetent and myopic state government. There have been more than hints that the violent protest was instigated by anti-social elements, and yet the company has been made the scapegoat for the clumsiness of the administration and police which led to violence in which 13 people died. The entire episode raises four very important questions.

Copper is needed in fans, air-conditioners, power cables, etc. Can we live without fans, ACs, etc.? More importantly, do the activists, who are against all factories, live without such utilities?

First, while professional revolutionaries, anti-development activists, green terrorists, parlour pinks, and glib journalists are lambasting Sterlite, little is said about the murderous saboteurs who transformed a 99-day campaign into a bloody protest. Senior Bharatiya Janata Party leader and Rajya Sabha member Subramanian Swamy told this writer that Liberation Tigers of Tamil Eelam functionaries played the role of agent provocateurs in the May 22 firing. Chief Minister Edappadi K. Palaniswami had also hinted on that day about “anti-social elements… instigating innocent people to pressure the government and give us a bad name.”

Whatever happened to the investigation into that aspect of the agitation? Why isn’t anybody talking about the criminals who incited a mob and triggered bloodshed? Why is everybody discussing only the alleged wrongdoings of Sterlite? Now the copper producer is not an exemplar of corporate India but its staff certainly didn’t kill the protestors.

Second, who will compensate for the huge employment loss? Who will take care of the economic implications? Sterlite employs 3,500 people in Tamil Nadu; then there are indirect jobs. The total job loss, both direct and indirect, is reported to be in the 26,000-50,000 range.  A Sterlite engineer informed BBC Tamil that similar jobs in other copper plants in India are limited in number. “Many employees are in mental agony as they are all in a state of uncertainty,” he said.

Further, the Sterlite plant is India’s second largest and the world’s seventh largest copper smelter, accounting for over one-third of India’s copper demands. This would mean the shortage of copper in the downstream industries, higher prices for them and consumers, and imports, further worsening the current account deficit.

Thirdly, and this question should be aimed at the protestors and eco-nuts, should India shut down all industry because it, directly or indirectly, has an impact on the environment? Copper is needed in fans, air-conditioners, power cables, etc. Can we live without fans, ACs, etc.? More importantly, do the activists, who are against all factories, live without such utilities?

The claims of anti-Sterlite activists should not be taken at face value; these, along with their aims, should be thoroughly scrutinized. Lest we are ready to live in the Stone Age

Right now, I am sitting on a chair, in front of my PC writing this article. There is a table, a chair, a computer, a telephone; there is a bed, a cupboard, an air-conditioner, a book rack, and so on. There are myriad of things in my house, the manufacture of each of which must have had some implication on the environment. Then there is electricity, the production of which (especially in India since the biggest chunk is of thermal power) must have damaged the surroundings.

You move around in your locality. There are roads, cars, buses, trains, malls, shopping complexes, cinema halls, schools, colleges—indeed the entire the list of entities that make up our civilization. All of them came into being with some cost to the environment.

The point I am driving at is simple: the very existence of civilization is premised upon the change in the natural world. This means that it is impossible to have pristine surroundings and civilization at the same time.

So, if we accept the views of the activists opposing Sterlite and other industrial plants in toto, then we will have to go back in history, dismantle all hallmarks of progress, and proceed towards the Stone Age. For it was only in the Stone Age that man lived in complete harmony with nature. It is another matter that life in the state of nature was, as Hobbes put it, “poor, nasty, brutish, and short.”

Finally, we must realize that the ultimate aim of green terrorists is the end of civilization. Sterlite is not a company that India Inc can be proud of. It was fined Rs 100 crore in the past for being negligent towards the environment. Perhaps, its focus on profit is at the expense of legal and social responsibilities. But this is not the reason they are against the copper plant; they are against it because it plays some role in economic development, something they are hate. This is the reason that they also oppose the Narmada and Tehri projects which are government-run.

In a nutshell, the claims of anti-Sterlite activists should not be taken at face value; these, along with their aims, should be thoroughly scrutinized. Lest we are ready to live in the Stone Age. 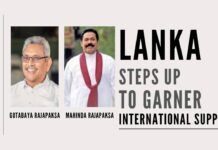