The Hathras Rape Controversy has exposed a new and dangerous trend in India. Terrorists and self-styled political activists masquerading as journalists are trying to subvert the peace prevailing in the country. Siddique Kappan, who claims to be a journalist, was arrested along with four terrorists of the Popular Front of India (PFI) by the Uttar Pradesh Police while on their way to Hathras is yet another proof of how media is being misused by anti-national forces in the country to propagate fake news across the world[1].

The Kerala Union of Working Journalists (KUWJ) has launched a protest against the arrest of Kappan, who is a member of the organization which has hidden ties and affiliation with the CPI(M)[2]. Comrades in the media are silent when asked, why Kappan went to Hathras in the company of the PFI terrorists? The UP police seized many deadly weapons from the vehicle in which the group was travelling. The initial reports suggest that the trip was to foment violence in Hathras, already on boiling point because of the fake news spread by the likes of Kappan through social media[3].

A Malayalam journalist who contacted the witnesses and read out the news reported by Shahina quoting them as telling that they had not seen Madani nor told the police that they had seen them, were taken aback!

It may be remembered that many Kerala journalists have strong links with banned organizations and terrorist outfits. K K Shahina, a reporter working for a Chennai-based web portal, was caught red-handed when she undertook a “mission” to Southern Karnataka under the guise of interviewing two prosecution witnesses and threatened them to withdraw their earlier statements given to the investigation team that they had seen Abdul Nazer Madani, one of the prime accused in the 1998 Coimbatore serial blast case, staying incognito in their village[4]. Though the witnesses refused to kowtow her, the ‘journalist’ wrote in her report that the formers had denied what they had told the police earlier.

A Malayalam journalist who contacted the witnesses and read out the news reported by Shahina quoting them as telling that they had not seen Madani nor told the police that they had seen them, were taken aback! “This woman had told us that she was a government official and threatened us that we would be in deep trouble if we do not take back our statement. But we stood our ground,” said the witnesses who were Keralites who had set up a small grocery shop and a tea shop in that village.

The then Karnataka Government had filed a case against Shahina for trying to influence the witnesses[5]. The ‘media cartel’ in the country replied by honoring Shahina with the “Chameli Devi Award” for being an outstanding journalist[6]! The less said, the better.

There are many “political activists” and Maoists operating from the national capital under the garb of journalists. They had been exposed during the Delhi Riots in early 2020 over the protests held against the Citizenship Amendment Act (CAA) for spreading false news like “Hindu fundamentalists” setting fire to Mosques and homes of Muslims in Delhi.

Their first and last preference is print media because it has some credibility. The social media’s attempt is to destroy that trust the readers have in newspapers and this would not work.

The identity as a journalist helps the political activists and terrorists to escape from the security agencies and police and continue their subversion activities without any obstruction. The mushrooming news portals are proof of this trend[7]. The 2014 Lok Sabha election in which the BJP won an absolute majority was the turning point in the country’s media landscape. Many established editors and journalists, known more for their hatred for Narendra Modi, BJP, and RSS, came out of their newspaper establishments and launched portals which were advantageous in many ways. No need to have one’s own building or press or for that matter even an office. No need to employ hundreds of reporters across the country. The editors and reporters and columnists were an all-in-one system. All they have to do is to watch TV channels, pick up stories of routine murders and suicides, and blow these incidents out of proportion, give them a communal colour and beam it through the portals. Their fellow comrades in satellite news TV channels, newspapers, and other language portals would do the rest of the job. It was like the explosion of a nuclear bomb, resulting in deadly radiation that swallows the world.

Kerala’s highly respected journalist P Rajan has come out questioning the credentials of the likes of Kappan as a journalist. “If Kappan wants to work as a media person, he should work independently and not in the company of PFI activists whose roles are always dubious,” said Rajan who was the former senior editor of Mathrubhumi in its golden era. Rajan had fought against the internal emergency declared by Indira Gandhi in 1975 and spent 19 months in jail under the Maintenance of Internal Security Act.

Rajan pointed out that there were many instances in the past when journalists coming under attack in the course of their duty. “But we have not seen any kind of protest by the journalist fraternity on those occasions. My strong feeling is that Kappan did not go to Hathras for journalistic work. There are hundreds of other journalists in the district and the police did not touch them. How come that other journalists were operating freely while Kappan, a reporter representing a hitherto unheard portal was taken into custody?”, asked Rajan.

Rajan, with more than six decades of experience in print media, is strong in his views that people would not believe whatever trash appearing on social media. “Their first and last preference is print media because it has some credibility. The social media’s attempt is to destroy that trust the readers have in newspapers and this would not work. For that to happen, we must identify and isolate the black coins who have disguised themselves as journalists and editors,” said Rajan.

[4] Shahina KK from Kerala recounts the old fabricated case against her that continues till date – Sep 28, 2018, YouTube 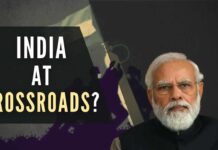 Amit Shah’s Great Dilemma: To Do or Not To Do I Nation vs Election