[dropcap color=”#008040″ boxed=”yes” boxed_radius=”8px” class=”” id=””]H[/dropcap]illary Clinton won’t be the only winner when Donald Trump and his fellow haters are defeated on Election Day (as looks increasingly likely). Another will be Paul Ryan, who will rule the Republican roost.

Clinton might be able to summon Ryan’s support on a “Buffet rule” for the highest-income taxpayers – an effective minimum tax of 30 percent on top incomes.

Democrats may take back the Senate but they won’t take back the House. Gerrymandering has given House Republicans an impregnable fortress of safe seats.

This means that in order for President Hillary Clinton to get anything done, she’ll have to make deals with Speaker Paul Ryan.

While the Clinton-Ryan years won’t be marked by the same kind of petulant gridlock we’ve witnessed over the last eight, the ascendance of Ryan and Clinton will mark a win for big business and Wall Street over the strongest anti-establishment surge America has witnessed since Great Depression.

Clinton might be able to summon Ryan’s support on a “Buffet rule” for the highest-income taxpayers – an effective minimum tax of 30 percent on top incomes. She might also be able to wangle some additional spending on infrastructure and paid family leave.

[dropcap color=”#008040″ boxed=”yes” boxed_radius=”8px” class=”” id=””]B[/dropcap]ut the price Ryan can be expected to exact will be lower corporate tax rates, along with a tax amnesty on corporate profits repatriated to the United States. And to offset the added spending and tax cuts, Ryan will probably want Clinton to trim Social Security (perhaps reviving the terrible idea of a “chained” CPI for determining cost of living increases), and slow the growth of Medicare.

None of this will do much to remedy the central economic challenge of our era – reversing the declining incomes and wealth of most Americans.

These trends are not sustainable – neither economically nor politically. They generated the fury that’s undergirded Trump’s ugly campaign, and fueled the anger that propelled Bernie Sanders’s insurgency.

Big money has corrupted our democracy, resulting in laws and rules that systematically favor big corporations, Wall Street, and the very rich over everyone else.

They’ve fed a growing sense that the political-economic system is rigged in favor of those at the top. And it is. Big money has corrupted our democracy, resulting in laws and rules that systematically favor big corporations, Wall Street, and the very rich over everyone else.

The resulting imbalance is transferring money out of the pockets of average Americans directly into the pockets of major shareholders and top executives.

A similar upward distribution is occurring through bankruptcy laws that allow giant corporations and billionaires to avoid paying what they owe, yet don’t allow average people overburdened with mortgage or student debt to renegotiate those obligations.

[dropcap color=”#008040″ boxed=”yes” boxed_radius=”8px” class=”” id=””]M[/dropcap]ajor arbitration clauses in contracts with giant corporations are forcing people to give up rights under a wide variety of consumer and employment laws. Meanwhile, workers classified as “independent contractors” are losing whatever rights they once had under the nation’s labor laws.

Hopefully, the leaders of big business and Wall Street – the true winners of the 2016 election – will realize that although they avoided Trump’s authoritarian populism and Sanders’s “political revolution” this time around, they won’t for much longer.

In all these respects, the American political economy has become radically imbalanced.
The reforms Hillary Clinton and Paul Ryan are likely to agree to are miniscule compared with the scale of this imbalance.

Hopefully, the leaders of big business and Wall Street – the true winners of the 2016 election – will realize that although they avoided Trump’s authoritarian populism and Sanders’s “political revolution” this time around, they won’t for much longer.

The forces that gave rise to both will grow unless our political economy is rebalanced to work for everyone and not just for those at the top.

There is precedent. In the first decades of the twentieth century, enlightened business leaders joined with progressive reformers to rebalance American capitalism – thereby rescuing it from the savage inequalities and corruption of the Gilded Age.

If they understand what happened in the 2016 election, enlightened business leaders will do so once again.
Note:
1. Text in Blue points to additional data on the topic. 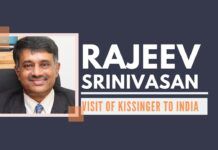 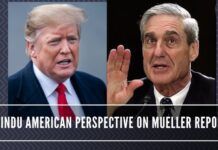