The Ministry of Home Affairs had written to the Ministry of Defence, seeking the Indian Coast Guard to be brought under it for better coordination with the marine and coastal police of state governments.

Even as the Ministries of Defence (MoD) and Home Affairs (MHA) fight each other as to which of them should control the Indian Coast Guard (ICG), another ticklish issue has erupted between the MoD and the Ministry of External Affairs (MEA). This one also has the ICG at the centre.

The MoD wants the Indian Navy to play a more active role in India’s Exclusive Economic Zone (EEZ) in the wake of Maldives’ growing ties with China and Pakistan, said official sources. India is bestowed with natural and economic resources in its 2 million sq km EEZ, wherein the ICG maintains surveillance around the year.

As per the Law of the Sea, a country has the extended areas of sea to littoral and island states, comprising a territorial sea of 12 nautical miles (nm), a contiguous zone of 24 nm, and an EEZ of 200 nm, along with a continental shelf of 200-350 nm, where applicable. In the EEZ, a country enjoys sovereign rights over all natural resources and can carry out certain economic activities in the area, along with the exercise of jurisdiction over marine science research and environmental protection.

The Law Ministry, has suggested that the purpose of better surveillance can be served under the present set-up, the ICG’s can be further empowered to do the needful.

But the ICG, the Comptroller & Auditor General said in its 2011-12 report, “is limited in its capabilities to effectively discharge its duties in the entire EEZ waters (up to 200 nm). This Report has already been discussed at length the deficiencies in ICG assets and infrastructure, shortages in manpower, and restricted operational effectiveness on account of gaps in role equipment. Force levels which ought to have been in place by the year 2000 have not been achieved even by 2010, by which time the security threats have increased manifold.”

Not much seems to have changed since that report was published. This is the reason that the MoD wants the Indian Navy to chip in. The MEA, however, is opposed to this, claiming that this would give Pakistan an opportunity to go to the United Nations and complain that India is getting belligerent in the seas.

Meanwhile, the Ministry of Law & Justice has adopted the middle path. While accepting the MoD’s position that greater surveillance of the EEZ is needed in view of the terror and smuggling activities, it has not disputed the MEA’s viewpoint that the Indian’s Navy enhanced role in the EEZ would lead to an international row.

The ICG’s current charter of duties include: safety and protection of artificial islands and offshore terminals; protection of fishermen; assistance to fishermen in distress at sea; preservation and protection of marine environment; prevention and control of marine pollution; assisting the Customs and other authorities in anti-smuggling operations; enforcement of maritime laws; safety of life and property at sea; and collection of scientific data.

At present, the ICG is under the MoD. In 2016, the MHA had written to the MoD, seeking the ICG to be brought under it for better coordination with the marine and coastal police of state governments. The MoD has refused to oblige the MHA. 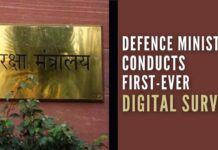 Return of Senkumar and State of affairs in Kerala Police