Home News Trending News In a setback to India, WTO rules against localization in US Solar...
Facebook
Twitter
Telegram
WhatsApp

The WTO panel agreed with the United States that India’s ‘localization’ measures discriminate against US manufacturers and are against WTO rules.

[dropcap color=”#008040″ boxed=”yes” boxed_radius=”8px” class=”” id=””]A[/dropcap] World Trade Organization (WTO) dispute settlement panel has ruled in favour of the US in its challenge to New Delhi’s alleged discrimination against US solar exports, according to US Trade Representative (USTR). In a setback to India,

The panel agreed with the US that India’s “localisation” rules discriminated against imported solar cells and modules under India’s National Solar Mission, according to an official news release citing USTR Michael Froman.

It agreed that India’s domestic content requirements discriminate against US solar cells and modules. It requires solar power developers to use Indian-manufactured cells and modules rather than US or other imported solar technology in breach of international trade rules.

The panel also rejected India’s defensive arguments. It determined that India’s local content requirements are inconsistent with the national treatment obligations in Article 2.1 of the Agreement on Trade-related Investment Measures (TRIMs Agreement) and Article III:4 of the General Agreement on Tariffs and Trade 1994.

[dropcap color=”#008040″ boxed=”yes” boxed_radius=”8px” class=”” id=””]T[/dropcap]he USTR called it “an important outcome, not just as it applies to this case, but also as other countries consider localization policies.”

USTR said it initiated this dispute in February 2013 because it considered that India’s domestic content requirements are inconsistent with WTO rules that prohibit discrimination against imported products.

The US, it said, has consistently made the case that India can achieve its clean energy goals faster and more cost-effectively by allowing solar technologies to be imported from the US and other solar producers.

“Today, the WTO panel agreed with the United States that India’s ‘localization’ measures discriminate against US manufacturers and are against WTO rules,” Froman said.

The US and India “are strong supporters of the multilateral, rules-based trading system and take our WTO obligations seriously,” he said.

“But discriminatory policies in the clean energy space in fact undermine our efforts to promote clean energy by requiring the use of more expensive and less efficient equipment, raising the cost of generating clean energy and making it more difficult for clean energy sources to be competitive,” he said.

The US had challenged the Government of India’s imposition of domestic content requirements for solar cells and modules under India’s National Solar Mission.

India wants WTO to discuss farm subsidies of the rich

Here is an excellent post India has stressed to discuss the issue of huge trade distorting farm subsidies of the rich countries and its consequent adverse impact on millions of resource poor and subsistence farmers in developing countries. 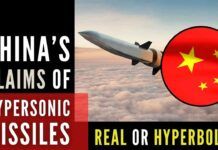 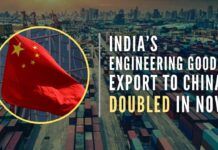 US denies it paid $400m dollars to Iran as ransom