Vigilance panel gets a head after a year

Later in the day, CVC Patel administered the oath of office to former Intelligence Bureau (IB) chief Arvind Kumar and ex-IAS officer Praveen Kumar Srivastava as the vigilance commissioners. With these appointments, the CVC is at its full strength now.

Patel, former managing director, and chief executive officer of Andhra Bank, was in April 2020 appointed as the vigilance commissioner. He has been officiating as the CVC since June 24 this year after the completion of the term by Sanjay Kothari, a former IAS officer. PM Modi-led three-member selection panel had met in July to decide on the selections. 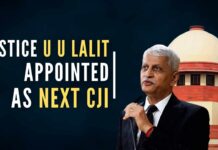 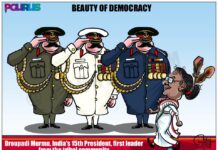 BJP needs to do wholesale changes in TN