India is looking to Peru healthcare market with a business delegation set to explore the country’s pharmaceutical and medical needs, a top Indian diplomat said on Friday.

[dropcap color=”#008040″ boxed=”yes” boxed_radius=”8px” class=”” id=””]S[/dropcap]andeep Chakravorty, India’s ambassador to Peru, said a delegation of 20 pharmaceutical companies will visit Peru to take part in a business forum with their Peruvian counterparts as part of Iphex-Latam 2016, from Aug. 22 to 23.

According to Chakravorty, India has also developed treatments for cancer, AIDS and heart-related ailments at more cost-effective prices than other countries.

India is also willing to cooperate with the Peruvian government to expand health care services to the South American country’s remote and marginalized regions, he said. 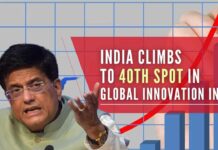