Prime Minister Narendra Modi on Saturday launched the 5G telephony services in the country at the Indian Mobile Congress. The function at Pragati Maidan was attended by the heads of India’s three private telecom giants Mukesh Ambani of Reliance Jio, Sunil Mittal of Airtel, and Kumar Mangalam Birla of Vodafone – Idea. After the launch, all three major telecom operators demonstrated one use case to show the potential of 5G technology in India to Prime Minister and Telecom Minister Ashwini Vaishnaw.

Speaking at the function Mukesh Ambani said that Reliance Jio’s 5G services will be available pan India by December 2023. “India may have started late, but will finish first…will have the best quality and most affordable 5G services.”. Sunil Mittal said Bharti Airtel is to begin rolling out today and offer pan India 5G services by March 2024. Mittal also praised Ambani, by saying that “Mukesh gave speed to 4G and we also had to run.” Kumar Mangalam Birla told Prime Minister about the need for much more production of telecom equipments in India to attain the ‘AtmaNirbahr’ project. However talking to the media later, Birla evaded questions media on the tariff packages of 5G. Ambani and Mittal also evaded questions of 5G tariff charges, while answering the volley of questions from the media.

Launching the 5G services, Modi said: “This technology shouldn’t be limited to just voice calls or watching videos. This should be used to bring about a revolution,” adding that the “cumulative economic impact of 5G on India is estimated to reach $450 billion by 2035.” Prime Minister Modi tweeted his speech at the function:

“This is not just India’s decade. It is the century of India. India is among those nations where data is so affordable. Earlier 1 GB of data used to cost Rs.300, but now it only costs Rs.10. Today an Indian, on average spends 14 GB of data in a month. In 2014 this cost Rs.4,200 per month, now it is costing somewhere between Rs. 125 to 150. This means that poor and middle-income people are saving approximately Rs.4,000 every month, it is not a small feat, said the Prime Minister in the presence of India’s three telecom operators Ambani-Mittal-Birla. Interestingly after the function, all three tycoons of the Indian telecom sector did not answer the tariff packages to be charged for the 5G services to media queries.

“They were under the impression that poor people will not even understand the meaning of the word ‘digital’, but I have always had confidence in the common man..“Today whether it small businessmen or local artisans, Digital India has provided everyone with a platform,” the Prime Minister said, adding that “our government is working on the goal of the internet for all.” 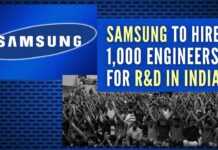 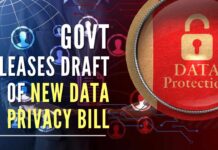 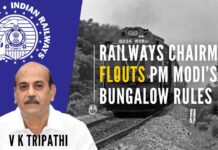 Twitter rolls out ‘Circle’ feature; users can choose up to 150...