[dropcap color=”#008040″ boxed=”yes” boxed_radius=”8px” class=”” id=””]W[/dropcap]hen many coastal villages and fishing hamlets in Southern Kerala and Southern Tamil Nadu experienced flash floods in the scorching summer of 2005, there was total pandemonium in the region. The memories 2004 December tsunami waves which inundated these regions were still fresh in the minds of the locals and there was an exodus from the localities. Though geo and marine scientists ruled out the recurrence of a tsunami, they could not explain the new phenomenon.

…this silent natural fury was experienced all along the Asian coast, it soon emerged as an international threat and the United Nations itself accepted the term Kalla Kadal.

The flash floods came like a robber, unannounced, stealthily and unexpected and devoured hundreds of hutments and fishing utensils earning it the sobriquet Kalla Kadal (the Malayalam word for sea thief). Since this silent natural fury was experienced all along the Asian coast, it soon emerged as an international threat and the United Nations itself accepted the term Kalla Kadal.

The Kalla Kadal attacked Kerala and Tamil Nadu coasts again in 2012 which made the scientists of the Hyderabad based Indian National Centre for Ocean Information Services (INCOIS), under the Union Ministry of Earth Sciences to take up a study to find out the causes and remedial measures of this sudden surge of sea swells.

[dropcap color=”#008040″ boxed=”yes” boxed_radius=”8px” class=”” id=””]T[/dropcap]hree years of painstaking research under the leadership of T M Balakrishnan Nair, senior ocean scientist, INCOIS, paid off rich dividends and the elite Journal Of Geophysical Research, a venerated US scientific journal publishing the peer-reviewed findings of Balakrishnan Nair and his team. According to Nair, these flash floods are caused by swell waves coming from the Southern Indian Ocean, some 6000 km away from India’s southern coast.

He said these swells travel northward and reach Indian coasts in five days and cause havoc in the region.

Dr Nair said it was literally impossible to forecast about these floods as they occur all of a sudden without any noticeable changes in local wind conditions and other parameters like sea surface temperature and speed of currents. Meteorological conditions in Southern Indian Ocean create long duration swells. “These oceanic regimes are marked by strong westerly jet streams (winds) in the atmosphere. Sometimes, low pressure cyclonic circulations will be formed within these western winds and they move northward (towards India’s southern coast). These anomalous wind patterns have strong northward component, and they sustain over the ocean for a long period, typically around 2-3 days,” explained Dr Nair, who had played a significant role in developing India’s tsunami warning system.

He said these swells travel northward and reach Indian coasts in five days and cause havoc in the region. “We studied the westerly winds which caused the 2005 Kalla Kadal and developed a wave forecasting model. The system which we developed helped us in forecasting the flash floods occurred in the southern coast during October 2015 to October 2016. We found that the possibility of such flash floods dould be predicted three days in advance,” said Nair. India is the official tsunami warning centre for countries along the rim of the Indian Ocean. With the perfection of technology for forecasting Kalla Kadal, Indian scientists have tamed yet another hitherto mysterious natural fury.

Prof T T Ajith Kumar, former marine scientist, Centre for Advanced Studies in Marine Biology, Annamalai University, who struggled hard for years to understand the Kalla Kadal phenomenon was a relieved man by Saturday. “I have seen hundreds of people in my own village suffering for years because of the sudden surge of swells. This is a remarkable feat by INCOIS,” said Ajith Kumar. 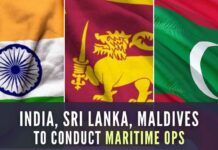 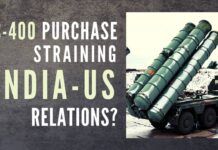 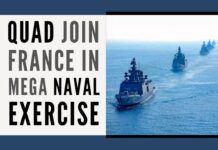 ET pulls down a post with a critical analysis on Jaitley...