In September 2015 Information Technology (IT) major Infosys had won the Rs 1,400-crore contract from GST Network (GSTN) to build the IT system so that the Goods and Services Tax (GST) regime is rolled out on schedule. The company was supposed to lay the IT-backbone to implement the GST regime.

…he had also revealed that the company who bids has to get the system ready by March 31, 2016, at any cost.

Four other IT companies – Microsoft, Tata Consultancy Services, Wipro and Tech Mahindra were in the race for the contract. But the Board headed by GSTN Chairman Navin Kumar chose a weaker contender Infosys for the job.

Interestingly after exact 4 months, Infosys appointed Dr. Punita Sinha in it’s Board of Directors as an Independent Director. Dr. Sinha is the wife of the then MoS Finance Jayant Sinha. It created the same controversy like that over the lawyer Nalini Chidambaram representing the Income Tax department when her husband P Chidambaram was the Finance Minister in the Congress-led UPA government.

At the time of announcing the contract, GSTN Chairman had said, “Infosys is supposed to lay the IT-backbone to implement the GST regime. Once the backbone is ready, Infosys will operate it for five years. After that, it will be seen whether we will have the in-house capability to operate it ourselves or hand it over to some other company,”. At the same time, he had also revealed that the company who bids has to get the system ready by March 31, 2016, at any cost.

Last month just before GST rollout, Infosys informed the Finance Ministry that E-Bills generation process is not ready and would take an extra time of 3-4 months. While Infosys was solely responsible for GSTN, Finance Ministry had to rope in the National Informatics Centre (NIC), a Government organization to somehow meet the deadline. It would be interesting to see how Finance Ministry would deal with Infosys for its disastrous failure and inability to meet its Bid promises. 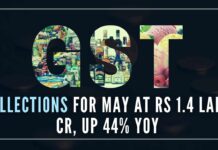