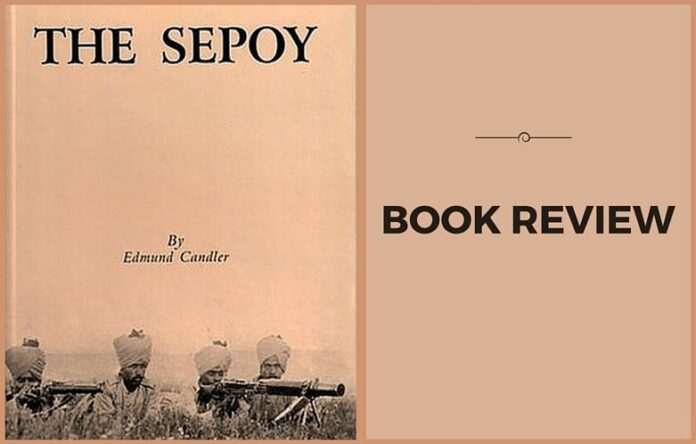 It was a splendid device of the British Raj to safeguard the ‘Jewel in the Crown’ as well as to serve imperial interests overseas. The “Martial Races” concept well served its purpose in creating the world’s largest voluntary army, blooded not only on India’s unforgiving borderlands but in Africa’s sandy wastes and hilly fastnesses, Palestine’s desert and Iraq’s oases, in Chinese fields, Southeast Asian jungles and the trenches of France, earning honours which two national armies still revere. All this rested on the sepoy, simple but superlatively obedient and valiant.

And he came from a wide spectrum – tall and short, burly and slight, hillsmen and plains-dwellers, farmers and nomads, traditional and pragmatic, or in other words, a colourful section of the bewildering mosaic that is the South Asian subcontinent. But his exploits, especially in the First World War, make for gripping reading and for one fine overview, we are indebted to this British author, educator and journalist – and those who have reprinted this classic work that is near a century old.

Spending almost half his life in India, Edmund Candler (1874-1926) was rare for his time, sympathetic towards Indian nationalism, and with a keen understanding of India beyond the official perspective (like Rudyard Kipling who he consciously imitated) though he was ultimately disillusioned by growing lack of trust from his students. He came as a teacher, but went on to report one of the Raj’s most audacious acts – Francis Younghusband’s 1903-04 expedition into Tibet – and then the Mesopotamian campaign during World War I.

The latter resulted in “The Sepoy” where his aim was “without going too deeply into origins and antecedents, to give as accurate a picture as possible of the different classes of sepoy”, listing 16, including those in supporting or non-combatant roles.

On expected lines, he starts with the Gurkha, Sikh (including the Mazhabis), and Punjabi Mussalman (actually several communities including Arain, Awan, Tiwana and Gakhar), and then goes on to other familiar names – the Pathan, Dogra, ‘Mahratta’ (Maratha), Jat, Rajput and ‘Brahman’ (Brahmin), Garhwali, Khattak (dealt differently from the Pathan for some reason), and some unfamiliar – the Hazara, Mer and Merat (Hindu and Muslim respectively from the hills around Ajmer), the Ranghar, Meena, Jharwa (from Assam’s jungles), Drabi, and the Santal Labour Corps.

It is a chequered tale of valour and – of plentiful quirks – but it brings to life soldiers who without thought agreed to put their life at risk for an alien master in a foreign clime.

They include plucky Gurkhas sitting unconcerned through a Turkish artillery barrage and amusing themselves with throwing stones on the tin roof of the signallers dugout to scare them, of Sikh soldier Waryam Singh, who had pledged never to surrender – a promise he kept in France, remaining in a surrounded position where he “was slain, but he slew many”, of Punjabi Mussalman jemadar Ghulam Ali who though wounded himself, “built up a screen of earth round his sahib when he was severely wounded at the wadi, stayed with him till dusk, helped him back to better cover, and then returned to the firing line to bring in a lance-naik on his shoulders”.

Then there is Afridi, Sher Khan, who lay beside a dead Highland sergeant for hours to kill the sniper responsible, a Garhwali unit, who not only captured the ridge in Mesopotamia they were assigned but also a canal bridge, three artillery guns and a Turkish general and 2,000 men and Jats who made a desperate counter-attack over snow to recapture positions in France.

Candler’s tales are by no means a justification of martial race theory, but a perceptive look at the British Indian army – including from a socio-political angle, showing how religion, caste and community was (and is) so significant. Though the martial race theory may have been scrapped in name, it lingers on in practice – as the existing infantry regiments in Indian – and Pakistani – army’s order of battle shows, and these stories are a part of their histories.

Kochi Smart City, all set to open on February 20