Once upon a time, thousands of years ago, a Guru exacted the thumb of a young Nishadha tribal prince who, rejected by the Guru, surreptitiously self-trained himself in the art of archery by modeling a clay image of the Guru and practicing before it. To Guru Drona’s surprise, Ekalavya outshone his star pupil, Arjuna and the Guru demanded of Ekalavya his right thumb as Guru Dakshina. Drona’s cruelty in asking for Ekalvaya’s thumb is debated to this day. But, there are several other aspects to this story, for instance, the question of intellectual property rights, which are just as important to businesses today as they probably were to Drona. Drona, Guru of the Kurus, acquired his skills, knowledge and goodwill through his time, efforts and severe penances. There were select few in his singular school of military arts. Though a rival superior to Arjuna, not only was Ekalavya the prince of a camp hostile to the Kurus but also, in Drona’s opinion, lacked the strength of character that Arjuna displayed. Drona refused to share his IP with an enemy, rival and person unfit to share a trade secret with and ensured through the Guru Dakshina that Arjuna would remain the unchallenged archer.

In today’s world, intangible assets and intellectual property (“IP”) are increasingly beginning to redefine competition in a dramatic way. IP constitutes the core wealth of a technology company. While it is, therefore, crucial for a technology company to develop an IP strategy that forms an integral part of its overall business strategy, it is sometimes surprisingly easy to neglect to do so or unsurprisingly difficult to know where to begin.

Broadly, the categories of IP rights that a start-up needs to protect are as under:

In developing its IP portfolio, a start-up must assess its overall business goals to determine whether its requirements would be best served by an approach that is offensive, defensive or strategic or a combination of any or all of these.

The offensive approach to patenting serves to create and establish monopoly and protect the core technology or product of the company by excluding others, through legal action, from using the invention and to generate revenues from royalties through grants of licence for the patented invention. The period of exclusivity provides time to gain return on investment and strengthen market hold. During this period of exclusivity, trademark protection helps develop brand recognition and goodwill that supports and complements the patent in its earlier stages and outlasts expiry of the lifecycle of the patent.

The defensive approach is a risk mitigation strategy primarily aimed at protecting core technology or current product of the company from potential infringement lawsuits by obtaining or purchasing an array of patents that are most likely to cover its core technology or current product. The collection of patents could act as a deterrent against potential infringement claims or come handy in strengthening the bargaining power of the company by enabling it to counter-sue or negotiate a quick settlement or more favourable licensing terms.

A strategic approach is governed by considerations such as collaboration opportunities and cross-licensing (i.e., companies granting licences to each other to use their respective patents, copyrights or trademarks) or better valuation of the company for the purposes of acquiring venture capital or in the cases of initial public offering or mergers or acquisitions. In cases of collaboration with third parties or cross licensing, a patent portfolio could enable a company to prove its technological unique selling proposition and thereby strengthen its power to negotiate more favourable terms.

It is prudent for a start-up to conduct a patent, trademark, copyright and design search at the very initial stage so as to ensure novelty of its idea and to avoid potential infringement of third party rights.

It is the IP strategy that needs to be based on the business strategy of the company and not vice versa. One must consider, for instance, some of the factors as under in weighing the advantages and disadvantages of pursuing a patent:

When a start-up decides to pursue a patent, it would necessarily have to decide on the questions of where and when to apply.

Patents are valid only for the jurisdictions they are awarded in. Further, countries differ in their laws and legal framework with respect to IP rights. For instance, India and other countries grant patents on a first-to-apply basis. However, the US follows the first- to-invent approach. Therefore, a start-up could begin with applying for patents in jurisdiction(s) of its operation and subsequently decide on additional countries. It might help to identify countries:

Instead of filing patent applications in different jurisdictions, a start-up may consider filing a single application under the Patent Co-operation Treaty (“PCT”). While such an application would not, by itself, lead to an ‘international patent’ as it were, filing a local patent application under the PCT in one member nation would enable a company to obtain in any other member nation the ‘right of priority’ (i.e., precedence over identical application in said nation) if the latter application is made within 12 months of the ‘priority date’ (i.e., date of filing of local application).  The company can then take up to 30 months from the priority date to pursue the patent directly before the national or regional patent Offices of the desired countries. Thus, a start-up can buy itself a good length of time to clearly assess geographies in which it would find pursuing a patent useful.

Protection of IP should be applied for at the earliest possible date. In almost all jurisdictions, disclosure of a technology or product before filing of patent disqualifies the invention from being patented and may constitute prior art. Delaying patent application and premature disclosure also expose a company to the risk of competitors patenting improvements to the company’s invention. Filing of a provisional patent application at an early stage would enable claiming of early priority date in future.

On the other hand, patent filing should not be initiated at a nascent stage where substantiation may become a challenge.

When an invention or a process does not meet the patentability criteria viz., client, vendor or supplier lists, it may be protected as a trade secret. However, even in cases where an invention is patentable, a company may decide to protect it as a trade secret rather than patent it. At times, protecting inventions as trade secrets while rapidly innovating may prove to be more cost-effective than patenting the invention.

Trade secrets not only are valid till as long as they remain secret but also are effective immediately. They are, however, susceptible to leaks and their secrecy is only as good as the rigour of the trade secret protection plan of a company. Such a plan must inevitably include watertight agreements with employees, suppliers, business partners, etc. Some illustrative key aspects of such a plan are as under:

It is judicious to give fair compensation to the employee inventor assigning the IP to the company and to obtain written undertaking from the employee admitting such receipt.

However, it must be borne in mind that trade secrets are much weaker than patents and do carry considerable risks such as being leaked or potential third party infringement lawsuits if a competitor patents the same technology or product.

A good IP portfolio does not focus disproportionately  on one form of IP protection to the neglect of all other forms that may bring distinctive value to the business of the company. For instance, a company’s software invention could be patented, the musical tone accompanying it could be copyrighted and the brand name of the company could be trademarked resulting in the company being better able to protect its invention by leveraging both exclusivity, and, goodwill and brand loyalty.

The importance of investing in maintenance and audit of the IP portfolio of a company can hardly be overemphasized. This would include the company periodically identifying and keeping a record of all IP owned, used or acquired by it, reviewing the value of existing IP, following-up on renewals, identifying and managing enforcement and litigation issues, reviewing adequacy of IP policies and procedures, etc.

Treating IP protection as business investment on which returns may be expected rather than protection for the sake of it would help a start-up fully leverage its IP assets, create value for the company and use the IP assets to advance the business goals of the company. It should make better business sense to appreciate IP protection as a broader concept than just the right to exclude others and create market barriers. A start-up should also consider the value to be derived from sharing information, collaboration opportunities, market access through licensing, franchising, etc. and creating revenue streams from non-core IP. The IP strategy most likely to succeed is one which balances costs and opportunities. Most importantly, a start-up should chart out its IP strategy at the outset and continue to review and evaluate it from time to time. 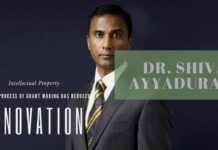 Hangout with Dr. Shiva Ayyadurai on Intellectual Property and how innovation is being stifled 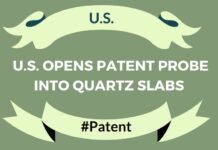