“…If you repay me not on such a day,
In such a place, such sum or sums as are
Express’d in the condition, let the forfeit
Be nominated for an equal pound
Of your fair flesh, to be cut off and taken
In what part of your body pleaseth me.”

– Shylock in William Shakespeare’s The Merchant of Venice

Confident of his ability to repay, Antonio accepts the above rather macabre penalty clause in return for Shylock advancing 3000 ducats to his friend Bassanio. When Antonio breaches the contract by failing to repay, Shylock demands to cut off a “pound of flesh” nearest Antonio’s heart.

Even while admitting that a “pound of flesh” would be “unprofitable” and despite Bassanio offering him twice the principal amount, Shylock insists on having the pound of flesh because it was due to him as per the bond.

Of course, almost nowhere in the real world, moral or public policy would ever allow such a bond to be enforced. Keeping the inhumanity of the bond aside for a moment, to what extent would a clause that provides for unreasonable compensation be enforceable? Would it be construed as a penalty or as a type of liquidated damage?

While a liquidated damages clause stipulates a fixed amount representing a genuine pre-estimate of damage or loss that is likely to result from contractual breach, a penalty clause stipulates a sum in terrorem serving to deter non-performance of the contract.

Internationally, the treatment of a liquidated damages clause and a penalty one differs from jurisdiction to jurisdiction. Penalty clauses are often unenforceable in many Common law jurisdictions. Section 74 of the Indian Contract Act, 1872 (“Contract Act”) departs from the rather complex English common law by providing for a uniform principle whereby courts may award “reasonable compensation” not exceeding the sum named in the contract, irrespective of whether the stipulation is by way of liquidated damages or penalty.

The Hon’ble Supreme Court, in the recent case of M/s. Kailash Nath Associates & Another Vs. Delhi Development Authority & Another [(2015) 4 SCC 136], referred to certain landmark judgments and summarized the legal position on Section 74 as under:

As per the principles of award of compensation, the aggrieved party should be placed in its pre-breach position monetarily. However, an award of compensation must not result in unjust enrichment to the aggrieved party claiming an amount that is not reasonable. Only such direct losses as naturally arose in the usual course of things or as were reasonably foreseeable by the parties at the time of entering into the contract may be compensated. Remote or indirect losses or damages cannot be compensated. The claimant cannot claim damages resulting from his own neglect and is duty-bound to mitigate losses resulting from the breach.

In the case of Kailash Nath (supra), dispute arose when the Delhi Development Authority (“DDA”) forfeited earnest money of Rs. 78 lakhs (representing 25% of the sale price) deposited by Kailash Nath Associates (“KNA”) in a successful bid for one of DDA’s plots. As per the conditions, said earnest money could be forfeited ‘in case of any default, breach or non-compliance of any of the terms and conditions of the auction…’, one of which was payment of the remaining 75% of the sale price within three months. Failing to make the remaining payment within the stipulated time, KNA requested the DDA to extend the deadline on the condition that KNA would pay 18% interest, which condition was accepted by the DDA. Six years after the bid was accepted by DDA, it cancelled the allotment and forfeited the aforesaid earnest money of Rs. 78 lakhs. Subsequently, upon re-auction, the DDA sold the said plot for approximately Rs. 11 crores, i.e., three times the amount KNA had agreed to pay. It was held that the DDA was not entitled to forfeit the amount as it had extended the deadline and KNA had not refused to perform before the expiry of such extended deadline. Therefore, there was no breach of contract by KNA.

Interestingly, the hon’ble Supreme Court went on to observe that even if the DDA could insist on a contractual stipulation in its favour, it would not be entitled to forfeit the earnest money because:

“Therefore prepare thee to cut off the flesh.
Shed thou no blood, nor cut thou less nor more
But just a pound of flesh: if thou cut’st more
Or less than a just pound, be it but so much
As makes it light or heavy in the substance,
Or the division of the twentieth part
Of one poor scruple, nay, if the scale do turn
But in the estimation of a hair,
Thou diest and all thy goods are confiscate.”

– Portia in William Shakespeare’s The Merchant of Venice

Under Venetian law, even though Shylock was well within his rights in terms of the bond to extract his “pound of flesh”, as Portia pointed out, he could not shed any blood or cut less or more than exactly a pound. That being an impossible task, Shylock agreed to accept thrice the principal amount instead. However, he was to get nothing but the penalty!

As per Indian law, a “pound of flesh” would neither constitute a genuine pre-estimate of damage or loss (and thereby not liquidated amount payable by way of damages) nor constitute a reasonable compensation stipulated by way of penalty. In such a case and considering Shylock’s failure to mitigate the consequences of the breach of contract (by simply accepting Bassanio’s original offer of taking twice the principal amount), it is unlikely that Shylock would have been able to extract his “pound of flesh” in the Indian courts. He may, however, have been able to recover the principal amount.

In conclusion, mutually arrived at genuine pre-estimates of loss or damage in case of breach would be upheld as liquidated damages to be regarded as reasonable compensation in respect of which proof of actual damage or loss cannot be dispensed with except in cases where such proof is difficult or impossible. Penalties, on the other hand, would be awarded only to the extent of loss or damage suffered and which will further need to be proven in the Court. Indian Courts cannot award anything but reasonable compensation and where there is no loss or damage in the view of the Court, no compensation at all can be awarded. 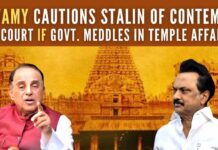