Indian Space Research Organization (ISRO) is all set for the maiden launch of the country’s first privately developed rocket “Vikram-S” by space startup Skyroot Aerospace on November 18 from Sriharikota in Andhra Pradesh. The launch vehicle has been named ‘Vikram-S’ as a tribute to the father of the Indian space programme, the late Vikram Sarabhai.

Skyroot Aerospace has become the first private space company in India to give wings to the space programme, after the sector was opened up in 2020 by the Government of India to facilitate private players. The maiden sub-orbital launch of the rocket was rescheduled to the forenoon of November 18 from the earlier planned November 15 due to inclement weather conditions, Skyroot said.

According to scientists, the mission titled ‘Prarambh‘ (the beginning) would carry three payloads belonging to two domestic customers and a foreign client and the launch is scheduled at 11.30 am on November 18. “There it is, catch a glimpse of our Vikram-S at the rocket integration facility at Sriharikota, as it gets ready for the momentous day. The weather seems great for the launch on November 18, 11.30 am”, Skyroot Aerospace said and shared an image of the rocket on its social media account.

Union Minister in charge of the Space Department Jitendra Singh Tweeted the visuals of the Vikram –S rocket project :

Skyroot Aerospace co-founder, Pawan K Chandana said, “after months of sleepless nights and meticulous preparations from our team — super thrilled to announce our first launch mission #Prarambh from the beautiful island of Sriharikota,” located about 115 km from here. The mission is considered to be an important milestone for Skyroot Aerospace as it would help validate 80 percent of the technologies that would be used in the Vikram-1 orbital vehicle that is scheduled for a 2023 launch.

One of the satellites is ‘Fun-Sat‘, a 2.5 kg payload belonging to Chennai-based aerospace startup Spacekidz. It has been developed by students from India, the United States, Singapore, and Indonesia. The 480 kg Vikram launch vehicle consists of the Vikram II and Vikram III series. The Vikram-S launch vehicle is expected to place the payloads in about 500 km low inclination orbit.

“The technology architecture of (launch vehicle) Vikram offers unique capabilities like multi-orbit insertion, and interplanetary missions while providing customized, dedicated, and ride-share options covering a wide spectrum of small satellite customer needs,” the company said. Skyroot said the launch vehicles can be assembled and launched within 24 hours from any launch site. 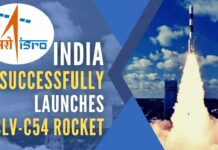 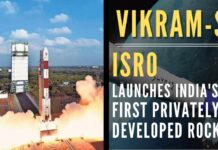 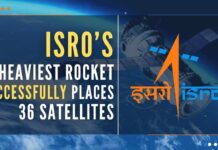