New Delhi now no more kneels and yields to this separatist, it asserts its authority and behaves like a sovereign state behaves

Times have changed. Things also have changed. The era of the “secular” Nehrus, the Gandhis, the VP Singhs, the Gujrals, and the Manmohans is over. There are new South and North Blocks in place. PM Narendra Modi and HM Amit Shah are devising, implementing, and enforcing a new J&K policy. They are also demolishing step-by-step the threatening Kashmir edifice and rendering the irresponsible, obstinate, biased, parochial, and essentially separatist and militant-friendly Kashmiri leadership unreal, ineffective, and powerless.

New Delhi now doesn’t allow herself to be blackmailed by them. New Delhi now knows which path she has to tread to bring J&K and UT into the national mainstream and which modus operandi she has to adapt to rein in those in Kashmir who wreaked havoc, subverted democracy, destroyed all institutions, amassed huge wealth, became crore/  Arab patis and rajas and nawabs, ignored people, created a high wall of hatred between Kashmiri Muslims and New Delhi/ rest of the Indians and overtly and covertly promoted the cause the enemy nations in this frontier region, which is vital for the national security and the country’s sovereignty.

On August 28, the Home Ministry issued a 36-page notification defining the powers of the Lt Governor of the UT, Chief Minister, and the authority of the Union Government.

To be more precise, New Delhi now no more kneels and yields; it asserts its authority and behaves like a genuinely sovereign state behaves. The message of PM Narendra Modi to Farooq Abdullah and others in Kashmir is loud and clear: The more you demand, the more New Delhi will snatch.

A reference here to just three instances would be in order to put things in perspective:

One, on August 4, 2019, Farooq Abdullah and 19 other Kashmiri leaders drawn from National Conference (NC), Congress, Peoples Democratic Party (PDP), People’s Conference (PC), and Awami National Conference (ANC) threatened the Narendra Modi Government that any move on its part to tinker with Article 35A, Article 370, and J&K’s separate status would be resisted with full might. It’s called Gupkar-1. The same night they and 100s others were taken into custody. The very next day the PM Modi and HM Amit Shah snatched from them 35A, 370, separate constitution, separate flag, and residuary powers with the full sanction of the Parliament, including the Rajya Sabha where the BJP was in a minority. No one in Kashmir raised even a little finger to register his/ her protest against what the Modi Government did after hours-long discussions.

Two, on August 22, six Kashmiri leaders, including Farooq Abdullah, came out with the Gupkar-2 declaration that inter-alia said: They were not Indian citizens and they will make the Modi Government return to Kashmir what it snatched 12-months ago. Four days later (August 26), Farooq Abdullah admitted that the Modi Government will not give to them what it took away in August 2019, but, at the same time, he did in his own typical style hurl one more threat.

The response of the Modi Government came two days later. On August 28, the Home Ministry issued a 36-page notification defining the powers of the Lt Governor of the UT, Chief Minister, and the authority of the Union Government. These were called rules for the transaction of business of the Government of UT of J&K. The new rules snatched almost everything from the Kashmiri ruling elite. The rules gave absolute executive powers to the Lt Governor to handle affairs relating to Public Order, Police, All India Services, and the Anti-Corruption Bureau. The elected Chief Minister will have no say whatsoever in these crucial matters, the rules unambiguously said.

On August 31, not only Farooq Abdullah but also his son, Omar Abdullah, again made some highly provocative statements. They rejected domicile laws saying these were calculated to “changing demography of the Kashmir Valley.”

The rules further said: The Lt Governor will an effective and real say in the appointment of Chief Secretary and Director General of Police and vital and sensitive matters relating to “peace and tranquility of the Union Territory, interests of the minority community, scheduled castes, scheduled tribes, and backward classes and Centre-UT relations”. “Matters relating to Annual Financial Statement and Plan Evaluation and administrative importance etc will also be submitted to the Lt Governor before issuance of any order by the Government,” the rules also said. The rules, in addition, said: “The Lt Governor will continue to exercise all these and several other powers even after the restoration of democratically elected Government in the UT following the holding of Assembly elections in future. The Council of Ministers will not have the power to deliberate on the matters exclusively at the discretion of the Lt Governor.” What did it mean? It means: “Unlike the practice which was in operation before the bifurcation of erstwhile J&K State into two UTs, the Chief Minister will have no power to transfer any IAS, IPS and IFS officer.”

Three, on August 31, not only Farooq Abdullah but also his son, Omar Abdullah, again made some highly provocative statements. They rejected domicile laws saying these were calculated to “changing demography of the Kashmir Valley.” They said: “Kashmir street is not being part of India and not Indian…Kashmiri Muslims are not part of India. This is God’s truth…Please tell me what we are…We told them (the PM) on their face that we don’t believe in your delimitation. The BJP has a certain purpose. It wants that in J&K, a Hindu majority emerges and the Muslim majority goes down…We will fight legally and politically…We are ready to act as a bridge between J&K and India and discuss with the Modi Government the political status of J&K vis-à-vis India if it allowed them to propagate the voices of Jammu, Kashmir, and Ladakh.”

On September 2, the Union Cabinet headed by Prime Minister Narendra Modi approved a bill for introduction in the Parliament for the inclusion of Dogri, Hindi, Kashmiri, and English as official languages, apart from the existing Urdu, in the UT of J&K. Hitherto, Urdu alone was the official language in J&K.

All this should open the eyes of the Gupkar operatives failing which they would lose more. But will they appreciate the changing times and changing things and act accordingly? It’s a difficult question. The possibility is: They will not. 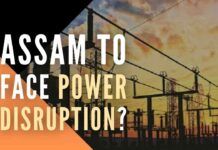 Will Assam face power disruption due to coal crisis? Monsoon Session of Parliament begins – how much political give and...