The difference in views between the two judges

The Supreme Court on Thursday delivered a split verdict on a bunch of pleas challenging the Karnataka High Court‘s judgment upholding the ban on students wearing hijab in Karnataka’s educational institutions.

The hijab crisis in the state has left the student community divided into communal lines and also challenged the law-and-order situation in the state.

A two judges bench – Justices Hemant Gupta and Sudhanshu Dhulia had reserved its judgment on September 22 after hearing arguments in the matter for 10 days. While Justice Gupta, who will retire on October 16, ruled in favour of dismissing the appeals against the Karnataka HC verdict, Justice Dhulia held that wearing Hijab is a matter of choice. Thus, the matter was referred to a larger bench of the SC.

Justice Dhulia observed, “The main thrust of my judgment is the entire concept of essential religious practice was not essential to the dispute. The High Court took the wrong path. It is ultimately a matter of choice and Article 14 and 19.”. He asserted that it is a matter of choice”. The operative part of the judgment read, “In light of the divergence of opinion, the matter has to be placed before the Chief Justice of India for appropriate directions”.

On behalf of the Karnataka government, solicitor General Tushar Mehta argued that its order dated February 5, 2022, which banned wearing clothes that disturb equality, integrity, and public order in schools and colleges was ‘religion-neutral’. Maintaining that the petitioners agreed to comply with all the rules while taking admission, he also pointed out that no student insisted on wearing Hijab or saffron shawls for many years.

On September 20, Mehta said, “In 2022, a movement was started in social media by the Popular Front of India. There were continuous social media messages- start wearing hijab. This was not a spontaneous act by a few children. They were a part of a larger conspiracy and children were acting as advised.”

Earlier, the Karnataka High Court had dismissed the petition of six girls from Udupi Government Girls College seeking directions to the ruling BJP to allow them to wear hijab and attend classes.

Various organizations raised their voice regarding the issue. The Muslim organizations protested against the Karnataka High Court’s verdict of dismissing petitions and ruling that wearing of hijab is not an essential part of Islam religion. 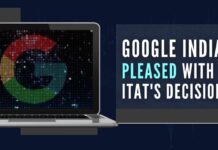