A new controversy has caught the Kerala government for sanctioning Rs 4.10 lakh for a new washroom in a minister’s office which is more than the money they sanction for the poor to build a house.

The irony is that Kerala grants only Rs.4 lakh to build a house for the poor under its “Life Mission project“, and a minister gets a sanction of more than a house for just a washroom.

This expensive sanction for the washroom comes at a time when the state is passing through one of its worst financial crisis.

The order from the General Administration Department came out on December 21 sparking discussions all around.

The amount has been sanctioned for Saji Cherian, a state Fisheries minister and a two-time legislator of the CPI-M. Against several seasoned legislators in the race for the post, Cherian was a surprise choice for a Cabinet Minister post in the second term of the Pinarayi Vijayan government.

Cherian had won his first Assembly election when he was fielded by the party in the Chenganoor Assembly seat in Alappuzha district after sitting party legislator K K Ramachandran Nair passed away in 2018.

In the April 6 Assembly polls, he retained his sitting seat and was made a State Minister.

A political observer said this is a recurring phenomenon. “Such things happen irrespective of the political party in power. The general norm not long ago was that the Left does not indulge in all this but the belief is now history and they are also no different from others,” the observer said. 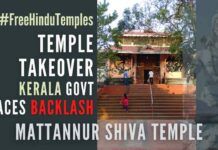 Who is making whom to dance?

To buy peace in Kashmir can New Delhi withdraw cases against...