A writer named S Hareesh is in the news in Kerala. Hareesh is an author who won the Kerala State Sahitya Academy Award in 2018 for Best Story Writer.

His novel Meesha (moustache) was being serialised in the Mathrubhumi weekly for some time now. In the latest edition of the weekly, his novel extract of the week had the lines as marked out in the following picture. The translation of the dilineated portion is as follows. The dialogue is between two fictitious characters in the novel.

The first character is asking “Do you know why girls dress up so well to go to the temple?

The second character says: “To pray”

First character: “Look again carefully. Why are they going in their best clothes and trying to look their best when going to pray? They are doing this unconsciously to signal that they are ready for sex.

The emphasis in the above translation is ours.

The award-winning author according to so-called liberal folks was only exercising his freedom of speech. This manner of writing was only the absolute exercise of his creative freedom was the refrain.

It was staggering that not only was Mathrubhumi not apologetic, worse, the author was crying victim!

However, Hindus of Kerala and particularly the Brahmin community which usually doesn’t bother itself with these things were up in arms.

There were three parts to the problem here.

Hindu organisations and the brahmin organisations protested against the novel and demanded that it be withdrawn. They also demanded an unconditional apology from the author and Mathrubhumi for this portrayal of the Hindu community.

Of course, the author was subjected to some vile abuses online. We believe that if one is so unconcerned when throwing muck at others one should also be ready to receive it back in good measure. Not all people can see the issue as intellectually as the author perhaps wants them to, for it impacts how they will be perceived in the ordinary world by others. There were some particularly scathing remarks against the author which we think was in bad taste but one that he should have been ready to take considering he had just caricatured the entire Hindu population of the state of Kerala particularly their women and brahmins.

The author suspended his social media accounts and in 2-3 days, matters came to a head. Yesterday i.e 21 July 2018, Mathrubhumi put out an announcement stating that author S Hareesh was withdrawing his novel. However, the reasons given were mind numbing to say the least. It was put out that the author was withdrawing his novel because there was threat to his life and limb from Hindu groups and because his family was dragged into the whole affair. (His family’s photo was shared on social media and the caption below it was that since he believed that Hindu women went to the temple to signal sexual readiness to the temple priest, perhaps his little child had features of the temple priest of the temple near his home. We are not putting out the offensive photo and caption in deference to the civility that has to be extended to anyone. However, when someone has written so insensitively, he has to be ready for brickbats too).

It was staggering that not only was Mathrubhumi not apologetic, worse, the coward author was crying victim! As usual, the “fascist government” at the centre had to be brought in when they had very little to do with the whole issue. The author is purported to have told the Mathrubhumi news channel, “I am too weak to take on the people who rule the country. I worked on the novel for five long years.”

The actual fascism here is that Mathrubhumi has disabled comments below this news on its online portal. Thus, very clearly, Mathrubhumi has no intentions of letting the other side have its say at all.

What has followed since then is really to be seen to be believed. Just appending screenshots of the google search on the issue is very revealing. Every protesting Hindu individual and organisation was tarred with the same brush as right-wing, radical, Sanghi, Hindutvavadi by every news outlet in the country. It is frightening to watch the demonization of one community that is happening in this country relentlessly.

Poison was injected into the simple act of going to a temple by a dirty-minded author and now it is a case of not being able to look at the act with the innocence and purity it had. This is how communities are first demonised and eventually destroyed. No one knows how this is going to play out in the real world.

To add insult to injury, assorted Christians and Muslims of Kerala who parade as intellectuals, thought it was the right occasion for them to tell Hindus what to do. The irony of the rot in their own faiths sits very lightly on them. These communal bigots also pretend to be liberals and leftists so that they can take exclusive potshots at Hindus. They never raise a word against the sex scandals and rapes that are happening in their own schools and places of worship.

Here’s what a Muslim poet Rafeeq Ahmed drew as a cartoon. The cartoon caption says “This moustache is enough henceforth”. The rest is self explanatory.

If Christians and Muslims so called liberals were not enough, assorted communists, most with Hindu names rubbed their hands in glee at the opportunity to hate Hindus once more. They salivated at one more chance to stamp out the “upper caste” and bring in their so called casteless and classless utopia. It must be emphasized here that they never want to let go of the privileges of their caste and class but lecture others about equality and freedom of speech and worker rights.

They gloated at the decision given in the Perumal Murugan case and proudly cited it as what will happen to the fighting Hindus if they pressed legal charges against the author. Do Hindus have no right to exist at all in the land that is their janmabhumi and mathrubhumi?

Even as the above controversy is continuing to dominate discussions in Kerala, it is indeed good to see decency and sensitivity towards others being upheld by some.

Kalyan Jewellers in a magnanimous gesture has retracted the ad and apologised for hurting the sentiments of the banking community.

Below is the letter from Kalyan Jewellers. Kalyan Jewellers has earned the goodwill of the banking community and all those who see this gesture as a genuine attempt to understand and address the grievances of affected people with empathy.

All freedoms come with reasonable restrictions and it is absolutely evil to impute untrue motives to an entire community whether it is fact or fiction. 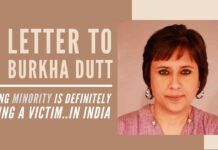 My Letter Series – Dear Burkha Dutt, Being Minority Is Definitely Being A Victim..In India 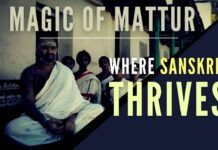 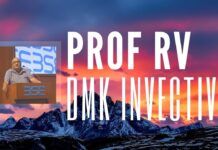 Modi has usurped the Right, Left and Centre space of the...