The fact that the LIC is not allowed to buy over 51 per cent in a company, there is the reality of IDBI Bank being an awful purchase

The proposed takeover of IDBI Bank by the Life Insurance Corporation (LIC) will be yet another instance of folly and unreasonable on the part of the government. A lot of rules and regulations will be violated and considerable moral hazard occasioned by the deal. And yet, one has to be extremely optimistic to believe that anything good can come out of it.

Media reports say that while IRDAI has allowed the LIC to buy up to 51 per cent in the sick bank, it has denied the insurer management rightse

The cash-rich LIC may end up investing Rs 13,000 crore to acquire 51 per cent stake in the lender. In a bid to please the government, the Insurance Regulatory & Development Authority of India (IRDAI) has cleared the acquisition. This is a clear violation of the current regulatory norms that prohibit the LIC from holding over 15 per cent in a company. The LIC already owns 10.82 per cent of IDBI Bank. The government owns about 81 per cent stake. What kind of regulators do we have? IRDAI is supposed to uphold norms; it is itself violating them.

Media reports say that while IRDAI has allowed the LIC to buy up to 51 per cent in the sick bank, it has denied the insurer management rights. “The buzz is also that the LIC will pare its stake gradually in the bank at a later stage,” The Telegraph reported (June 30). “The LIC, however, will have to get the green signal from the Reserve Bank of India (RBI) and the Securities and Exchange Board of India.”

One wonders what kind of arrangement this is. The LIC would own the bank, but it would not be able to run it. If something goes wrong with the bank, which is not unlikely as it is not in the pink (it’s in the red actually), the insurer will suffer for something it had nothing to do.

Further, the funds the LIC is sitting on comes from millions of policyholders; obviously, the insurer also entails humungous liabilities. Just because an organization, has a lot of money doesn’t mean it can be allowed to spend or invest it cavalierly. Especially when the organization is state-run.

Quite apart from the fact that the LIC is not allowed to buy over 51 per cent in a company, there is the reality of IDBI Bank being an awful purchase. Its gross non-performing assets zoomed to Rs 55,600 crore in the January-March 2018 quarter; in this period, its net loss was Rs 5,663 crore. The government infused Rs 10,610 crore into IDBI in the last fiscal so that it could maintain the regulatory minimum in capital adequacy.

Besides, the LIC also holds stakes in almost all public sector banks or PSBs. There will be a conflict of interest it ends up owning IDBI.

The IDBI case afforded the government the most convenient opportunity to start the process of bank privatization or de-nationalization. For it doesn’t fall under the purview of the Bank Nationalization Act; that is, the government doesn’t need the approval of Parliament to sell IDBI off. That, however, hasn’t happened because the Narendra Modi regime remains committed to socialism. 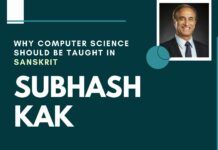 Prof. Subhash Kak explains the reason for Computer Science subjects to be taught in Sanskrit 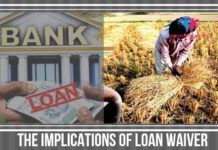 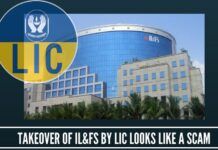 Universities portraying Vaishnavism in negative light: The experience of a Hindu...