With some of the high-profile executives putting in their papers, Twitter is set for a major overhaul this week under Jack Dorsey, the new CEO of the micro-blogging site, to revive the company’s fortune, media reported.

According to a report in the Wall Street Journal, the company’s head of engineering Alex Roetter and product chief Kevin Weil are departing, along with Katie Stanton, the company’s high-profile head of media who had informed the company of her intention to quit some time back.

With this, Dorsey is planning to bring in two board members this week in a bid to revive the company and earn the trust of investors.

Dorsey, 39, who had also served as the chairman of Twitter in past, had told the company that he would return as the CEO on a condition that the entire eight-member board must be replaced.

Dorsey, who featured on 11th spot on Forbes’ list of “America’s Richest Entrepreneurs Under 40 in 2015″, is trying to revamp the company that had fallen into disarray under his predecessor, CEO Dick Costolo.

Frequent management changes, strategy shifts and a sinking stock price paralysed the company. Twitter failed to evolve its product in a way to appeal to the mainstream mass, resulting in a growth stunt and investor concern, the report said.

Under Dorsey, Twitter has released a news curation feature “Moments” and reportedly the company is working to extend Twitter’s identifying 140-character limit to 10,000.

The board also includes Evan Williams, who co-founded Twitter along with Dorsey and is one of the largest individual owners of Twitter stock.

Investors will be looking forward to Twitter as the company is expected to announce its fourth-quarter earnings on February 10, the reports added. 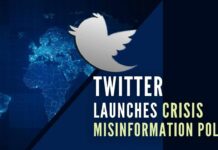 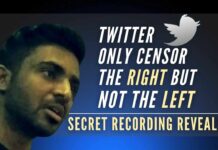