British lawmaker Sir David Amess, from Prime Minister Boris Johnson‘s Conservative Party, was stabbed repeatedly to death in an Essex church on Friday by an assailant who lunged at him as he met voters.

The murder of the British lawmaker was declared a terrorist incident by London’s metropolitan police with an investigation underway.

A statement released by the counter-terrorism unit says, “The early investigation has revealed a potential motivation linked to Islamist extremism”

As tributes continued to pour in for the 69-years-old lawmaker, flags are flying at half-mast at 10 Downing Street and at the Houses of Parliament where Amess served as MP for Southend West in Essex.

Prime Minister Boris Johnson also paid tribute to Amess, describing him as one of the kindest, nicest, most gentle people in politics.

The suspect, a 25-years-old male, was arrested at the scene of the crime and questioned by detectives. It is believed the suspect acted alone, police say.

He is being held in custody at a police station in Essex.

As part of the investigation, police are currently carrying out searches at two addresses in the London area.

Amess was the second MP in Britain to be murdered within five years. Yorkshire MP Jo Cox was murdered by a far-right extremist in 2016.

The latest killing has reopened a debate about the safety of politicians as they conduct meetings with their constituents.

Many MPs insist on face-to-face meetings with constituents to discuss their problems and issues, known as surgery, which is one of the hallmarks of political life in Britain.

“In the coming days we will need to discuss and examine MPs’ security and any measures to be taken,” Speaker of the House of Commons Lindsay Hoyle said in a statement.

He said he was shocked and deeply distressed by the killing.

“This is an incident that will send shockwaves across the parliamentary community and the whole country,” said Hoyle.

Home Secretary Priti Patel has asked all police forces in Britain to review security arrangements for MPs with immediate effect following the attack.

Politicians will return on Monday to the House of Commons following a recess, and the slaying of one of their own is expected to dominate proceedings in the chamber. 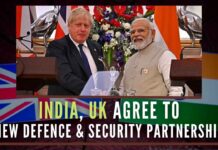 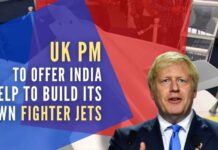 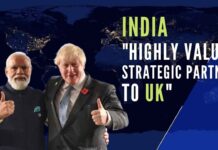