The National Flag and National Emblem (Amendment) Ordinance was published in the Gazette and came into effect in Hong Kong.

The revised bill has maintained and clarified the provisions regarding offenses and penalties, as punishment and deterrent. The Xinhua news agency quoted the spokesperson saying that this amendment particularly targets persons who conduct public and intentional acts with intent to desecrate the national flag or national emblem,

Hong Kong Chief Executive Carrie Lam has revised and published in the Gazette on Friday the stipulations for the display and use of the national flag and emblem as well as the flag and emblem.

The revisions include the addition of three specified days — Labor Day (May 1), the first day of the Lunar New Year, and Constitution Day (December 4) for the display of the national flag and the Hong Kong flag.

The national flag and emblem must be displayed at the oath-taking ceremonies of the chief executive, principal officials, the judiciary, the Executive Council, the Legislative Council (LegCo), and the District Council, according to the amended bill.

The design of the national emblem must be used in the websites of the Hong Kong government, the LegCo, and the judiciary. 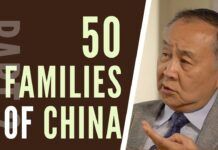 Elmer Yuen, a citizen of HK-SAR on how 50 oligarchs control China & now most of the world – Part 2 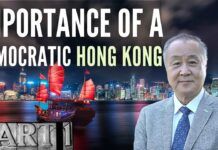 Elmer Yuen, a citizen of HK-SAR on how 50 oligarchs control China & now most of the world